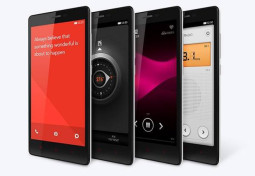 Bigger is better, but emerging markets matter the most. This doesn’t entirely sum up mobile devices in 2014 but it speaks volumes about what we saw in the market this year.

For the high end market the focus was on how Apple (finally) took the leap and started offering a larger screen for its phone. For the entry level market however, we had the likes of Huawei and Samsung that are always looking at emerging markets (China more than others actually), stepping up distribution efforts throughout Asia and now Africa.

Our continent’s growing middle class and disposable income looks good for anyone in consumables so its not surprising that we have a certain appeal as a phone market. The resulting effect for the Zimbabwean market? – Prepare for the influx of more entry level smart devices, more specifically, Chinese phones.

Throughout the year there have been indicators that lower priced handsets, which are prolific from Chinese manufacturers, will be in the spotlight in 2015.

Give to Caesar: Custom duty on smartphones

The duty free experience on all devices mobile, something that made the import of phones and tablets lucrative for retailers is gone. With a 25% customs duty slapped on such merchandise, there’s now a price spike justified by this tax.

Yes, Chinese phones are subject to the same ZIMRA regulation, but they have the distinct advantage of being cheaper than popular brands like Samsung, Nokia (yes, people still buy it), HTC, Sony Ericsson and every other brand that we have grown fond of since dollarisation.

For the average Zimbabwean consumer out to enjoy the benefits of Facebook and WhatsApp, if a phone can do these things (and slightly more) at a cheaper price then it becomes the logical purchase. This is, after all, an economic decision and the pocket for the average consumer hasn’t been projected to be deeper than it was this year.

Zimbabwe’s smartphone penetration is still low at 15%, but it has been registering growth nonetheless. MNOs are more than willing to get a bigger portion of their subscribers to try mobile internet services, what with the investment into broadband infrastructure and the new products of this nature they have been introducing.

The best way to facilitate and accelerate this is to sell affordable smart devices, something that has been aided by partnerships with manufacturers (Think Telecel/Gtel and Econet/Huawei).

Other manufacturers of affordable phones like Hong Kong’s Tecno have expressed interest in growing their footprint in Africa through similar partnerships, a strategy that has been successful in many parts of Africa.

Through a low priced device approach (Tecno has promised a sub-$30 next year) these manufacturers will be the better partners for MNOs keen on bringing the joys of data to their consumers.

Diminishing points of differentiation for smartphones 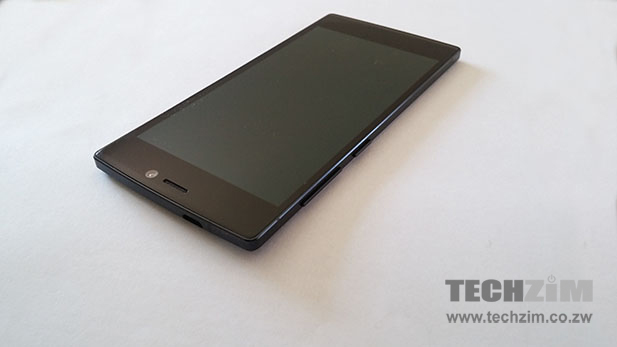 Like every other competitive brand in mobile technology, top Chinese manufacturers have stepped up their efforts to deliver smartphones that deliver what you’d expect from the household names.

Their point of difference is still the price, and you can now get a much cheaper device (under $300 or in that range) offering impressive specs. A look at 15 disruptive Chinese smartphone brands that include Oppo, OnePlus, Xolo and Karbonn shows offerings that are built to go head to head with market leaders, but at a lower cost.

This has been the same value proposition from local startups Gtel and Astro that assemble,  brand and distribute their own products with high end specs and lower prices. These two distributors are signed into Original Device Manufacturer (ODM) contracts with Chinese hardware manufacturers (Gionee in the case of Gtel).

GTel has already moved in on the local market aggressively with credit deals for civil servants that form the largest formal workforce; while Astro recently introduced the cheapest WhatsApp enabled phone on the market.

In 2015 these cheaper deals should have a greater impact on a cash strapped market as more people grow to appreciate decent hardware specs and the universality of Android software.

Is Xiaomi moving into our neighbourhood?

Another thing to keep in mind is that Xiaomi is out to extend its market. The Chinese manufacturer (now valued at $45 billion) that has overtaken Samsung in the Chinese market and been glorified as China’s Apple, just raised $1.1 billion which is being poured into market expansion.

Granted Africa isn’t part of it’s preliminary plans, but in a field where all device manufacturers are eyeing Africa’s love for mobile this possibility can’t be dismissed just yet.

After all, in the days of Nokia’s dominance, Africa wasn’t so much of a Samsung territory and who would have expected people acknowledging the Huawei brand.

4 thoughts on “Predictions for 2015: The rise of the Chinese phones”