The Hisense HS U939: when all that is needed for now is an “adequate” device 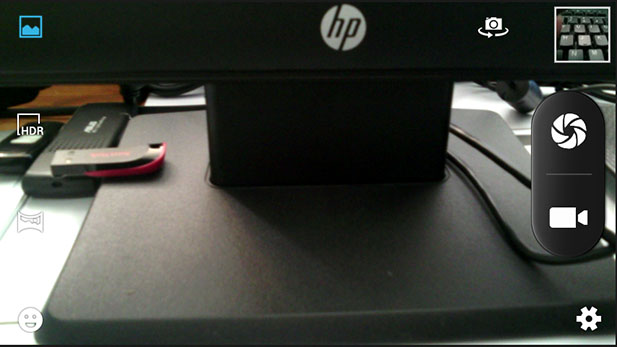 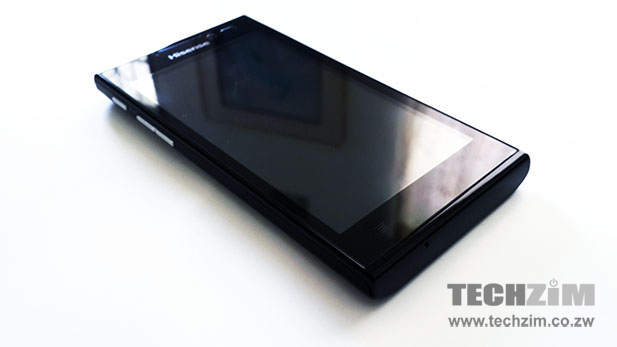 What’s the world without another Android smartphone? it wouldn’t be the same, right? There’s so many of these phones and tablets popping up that keeping track is a bit of a chore. Probably that’s why all these devices are differentiated by unique and “epic” names.

Joining in the process of giving their products “catchy” names is Hisense with its “Glory series”. Part of the series is the Hisense HS U939 which I had the chance to look over recently.

This is a simple 4.5” lower mid-tier phone with a glossy back and unlike its peers, Hisense has opted to place the buttons not just on the same side but on the left of the device. On the top of the HS U939, we have the USB 2.0 connector and the earphone jack. On the bottom, we have the mic. 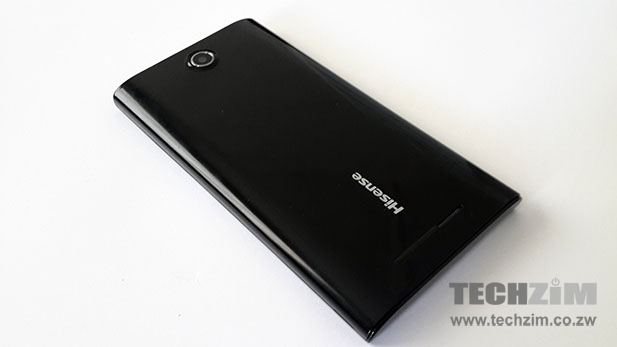 The back features a 5 MP camera and a mono loud speaker. The front has a VGA front camera, a proximity sensor, speaker grille and soft touch buttons on the base of the front. The HS U939 is not a phone that can be said to stand out, like many phones in its price bracket (hasn’t been priced yet but probably will be sub-$300, subject to the distributor’s discretion) it is there to carry out functions and not much more than that.

Camera
The camera on the HS U939 is a decent 5MP snapper, with good performance in normal light. The camera also seems to have a good back-light compensation, but sometimes this does not work well, and the light gives a glow effect.

The convention to have video recording readily available as opposed to having to have to go through a series of menus is adopted here as well so video recording is easy. It is however limited to 640 x 480 resolution which the user is unable to change.

The display on the HS U939 is 854×480 which translates to about 218ppi. This is by no means goes anywhere near HD quality, but the display is quite crisp. With colours on the screen looking quite vibrant.

I found that with the screen guard, the HS U939 response was less than satisfactory. This issue was more pronounced on the bottom right-hand corner. I hope this was constrained to my review sample alone, otherwise it would be bad to have to use a phone without a screen guard. A point to note; though this phone is marked as a multi-touch, it only recognises up to two finger input.

The HS U939 uses an unskinned version of Jellybean, the result of using this is that the phone is generally able to handle all requests with speed. The only exception for this rule occurring when heavy apps are run, such as graphics-intensive games. But then this being a lower mid-tier phone, it’s not expected to handle heavy gaming.

Synthetic benchmarks
Benchmarks with the HS U939 were a hit and miss affair. The benchmarks that ran were the multi-processing benchmarks and the HTML5 benchmarks. The GPU benchmarks would terminate mid-process. 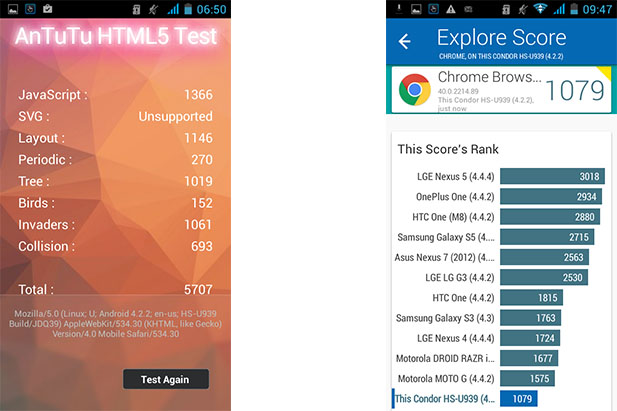 Telephony
The dialler app is the same as the one for stock Android Jellybean, which is to say simple and easy to use. Nothing has been added to the interface in the way of customising, again making this a phone that is less likely to have lag brought about by unnecessary skinning. 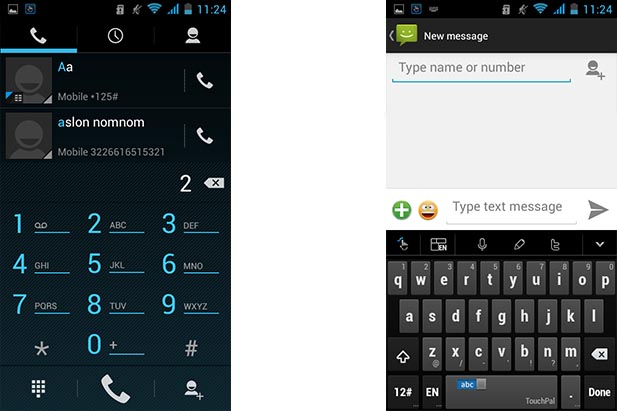 The gallery and media player are simple to use, and unlike many of its competitors, Hisense did not implement a system where there is moving previews for the video. Most likely since the phone has limited resources like RAM.

The HS U939 is a decent mid-lower tier phone that could be said to be sufficient for students on a limited budget. It falls short on RAM and internal storage, hence not a device likely to see many if any future upgrades.

However for those who want screen real estate and performance on par with the major brands but costing less, this is the phone. Otherwise though, if one has sufficient funds and is looking for much more, then I would recommend going for the mid-upper tier phones from the major brands.