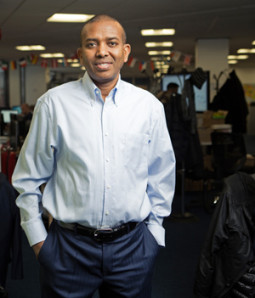 It’s been a little less than a month since WorldRemit announced its partnership with the MTN Global Group. Now, the money remittances and transfer service has just announced that it has raised $100 million in a Series B funding round.

Lats year the company raised $40 million from Accel Partners, a Silicon Valley Venture Capital firm that has also invested in other tech successes like Rovio and Dropbox.

This funding round, which was led by Technology Crossover Ventures (TCV) with participation from Accel Partners, gives the UK based company firepower for its global expansion drive that will see it extend its presence in Africa, Asia and Latin America. So far, WorldRemit has established a presence in 50 countries that send money and 117 countries that receive funds.

It’s approach has been to provide remittances to mobile money wallets, something that has been facilitated by partnerships like the MTN deal from last month and on the local front, with Econet Wireless’ EcoCash service.

The $550 billion global money remittances market has been hit by changes in financial service models that mobile money has presented. It is even more pronounced in the case of Africa, where WorldRemit conducts a large chunk of its business.

According to the communication we received from WorldRemit, the company is expecting 80 to 90% of international remittances to switch from cash pickup to Mobile Money in key receive countries in Africa. In Kenya, WorldRemit sends more than 90% of all money transfers to mobile wallets and in the Zimbabwean market similar trends have been noted with EcoCash.

These numbers suggest a massive disruption of the money remittances market that has traditionally been dominated by providers like Western Union. With the cheese moving to mobile services that offer more appeal to customers, it isn’t surprising that a move to mobile money is what Western Union has also pursued.

Locally we have seen a Western Union partnership with EcoCash as well. Other providers like Mukuru have also partnered with other mobile money providers like Telecash.