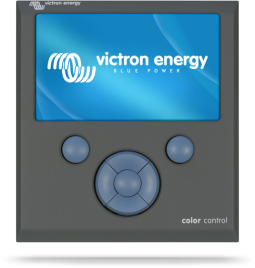 This is the latest article in the series “Solar Power for Dummies.”

As we said in the previous article, the components we have looked at so far are good enough to build a rudimentary solar system, a very crude one that is in many ways dangerous both to you and to itself.

One way to improve your system is to use a charge controller. Charge controllers are sometimes known as regulators; a more apt description in my opinion considering the list of functions they perform on solar systems.

While the Solar Panels are the ones that actually convert the sunlight into electrical energy, their current and voltage tends to fluctuate a lot during the charge cycle depending on the amount of sunlight the panels are receiving.

This is a factor that we have already said depends on a lot of variables including things like cloud cover and angle of the sun in relation to the panels. Fluctuating charge is never good for your batteries and the charge controller ensures that the batteries receive a steady current charge.

More damaging to batteries is an excessive charge current and voltage. During the time when the sun is at its peak, the solar panels start sending the highest possible charge they can generate.

To clearly understand the effects imagine someone trying to shove down the foot down your poor oesophagus. Not only will it be extremely painful such an act is bound to have some profound lasting effects on your health and can even be fatal if repeated.

The same applies to your batteries: I have seen them boil like a pot full of water on a stove. Our system’s batteries, when I was a kid, had a life cycle of only about 3 months when used without a regulator. I am telling you the Honde Valley sun does not play, not in October, no.

With the regulator, there are three phases to the charge cycle:

As can naturally be inferred from the charge cycle detailed above one of the most important function of the Charge Controller is to prevent overcharging- a situation where a high current is sent to the batteries even though they are fully charged. That is one of the top killers of batteries, overcharging is.

Let us say the ZESA gods (I am saying this in a King Jullian voice) decided to smile on you and you get to watch the pleasurable moment when Manchester United exits the FA using ZESA power instead, your battery remains fully charged, the following morning the sun is bright and shining and your panels start sending their maximum charge to the batteries. It’s like a person forcing you to eat twenty plates of food. It’s not just unhealthy, it is cruel and unusual punishment so why should your batteries endure it?

I usually encourage people to use small inverters, one for each device instead of one large one. That way they can have their solar system wiring tubed and install plugs. They can then plug these inverters into the sockets, just like say a UPS device.

An inverter is only switched on when it’s needed and the wiring from the batteries can pass through the charge controller. Charge controllers, in addition to preventing overcharging also prevent excessive discharging of batteries which we have already said, is detrimental to their life span.

Not all charge controllers are the same

They are a host of charge controllers out there, some as I saw at the Gulf Complex and other places, with quite outlandish names, and they all sell at different prices depending on brand, model and functionality. Some are as cheap as $10 while some like the cool Vitron Easy Solar All in one, are as expensive as $1500!

These charge controllers depend on your need, the rule of thumb is to make sure that you buy a regulator with a higher Amperage rating than the combined rating of your solar panels. Be sure to buy a trusted brand, Vitron is one of the big names in Solar but it’s a bit pricey. If you are not careful you can end up buying a LEDs enclosed in a case instead of a regulator so do be careful.

You would do well to buy a Charge controller with an LCD display, even if it looks like a calculator. The information spewed by the controller can be useful not just when diagnosing problems on your system but even when maintaining it as well.

Some charge controlling devices come with a USB cable you can plug into your computer to see additional information. Some can even connect to your WiFi connection allowing you to use an App to remotely monitor your system wherever you may be.