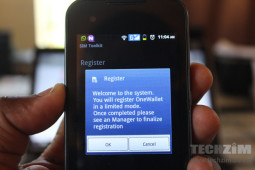 This past week, we got to sift through the latest figures on Zimbabwean telecoms from the industry regulator, POTRAZ. These sector performance numbers are provided regularly and even though we’ve always been whinging about the late delivery (This latest report is for October – December 2014), the data provided is a great market indicator.

Which brings us to the POTRAZ’s figures on mobile money. While it’s now clear that mobile telecoms took a beating in 2014, (blame it on the wheezing economy and changes in technology), the other truth is that money services are proving to be the one area that all three operators will have to focus their attention on in the medium term. Every number related to mobile money has shot up, macroeconomics be-damned.

With informal businesses claiming a very significant stake of monetary transactions, the mobile money services have risen to provide the most efficient channel for such business interests. Mobile money also owes some success to its participation in varied aspects of financial service delivery.

In 2014, $1.4 billion worth of deposits was made through the three network operators’ mobile money services. This figure is an 80.8% increase from 2013’s $797.7 million. By any standards used for financial services deposits, that is impressive.

Mobile money transfer subscriptions went up by 7.3% in the fourth quarter of 2014, along with the value of those same transactions which increased by 10.6% to a quarterly total of $445.7million. The total number of mobile money agents swelled from 9,169 in 2013 to 23,379; something that makes sense considering that TeleCash was introduced in the same period.

All of this might not have translated into super profits for telecoms operators, but as a Value Added Service, mobile money is showing a lot of promise. It’s the one service that every operator will leverage on to ensure solid results in a tough 2015-2016. This tough environment and the opportunity in financial services is even more apparent when you consider other changes in the environment.

In the same year, we saw some traditional banks like Afrasia and Allied Bank shut their doors after failing to meet regulatory capital requirements and perform in an increasingly tough environment.

These closures did nothing to reignite confidence in formal banking, something which has helped add justification to the notion that unlike these banks, mobile money wallets won’t just wake up to curatorship. The proof of this: 2.2 million new subscribers were registered for mobile money in the same year that a number of banks shut down or trimmed branches.

At the same time, mobile money took a very solid step into money remittances, something that is now turning into a bit of a no-brainer for traditional remittances concerns like Western Union and WorldRemit. In markets like ours, the fastest way to a recipient’s pocket is through the phone.

Thanks largely to partnerships between Econet and these two money transfer entities, as well as a similar partnership between TeleCash and Mukuru, mobile money services plugged into another monetary stream and closed in on a model that has always been set for disruption by tech convenience.

The run on financial services didn’t end there though. We got a taste of a new type of mobile based microinsurance. First it was Telecel with the Telecare life assurance service, which was followed by Econet’s EcoSure product that was quite literally forced onto us.

While every mobile money service has a core competence of bill payments, the market leader, Econet’s EcoCash, also provides services like loans through its relationship/ownership with Steward Bank as well as payroll services.

All of this is highlighting how mobile money is encroaching into all things financial. With more challenges cropping up in the delivery of traditional communication services, it’s almost certain that more added services to this core value added service will be making their way onto our phones. The question though is what’s next?

4 thoughts on “Mobile money continues to pick up pace, overlaps into every financial service. What’s next?”