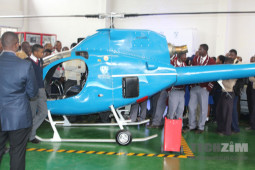 We had another opportunity yesterday to ask Maxwell Chikumbutso of Saith Technologies questions about his work and help explain what sort of innovation he is really staking a claim to. In this podcast, he explains his Greener Generator and how it can be used to provide power as an off-grid solution.

He also explains what exactly he “invented” for the electric car and helicopter. His contribution has been the efficient engine that uses alternative energy. We also get an opportunity to see into the base stations’ technology that he made for Zach Wazara’s Brodacom as well as the backpack transmitters.

70 thoughts on “Maxwell Chikumbutso explains some of his technologies”