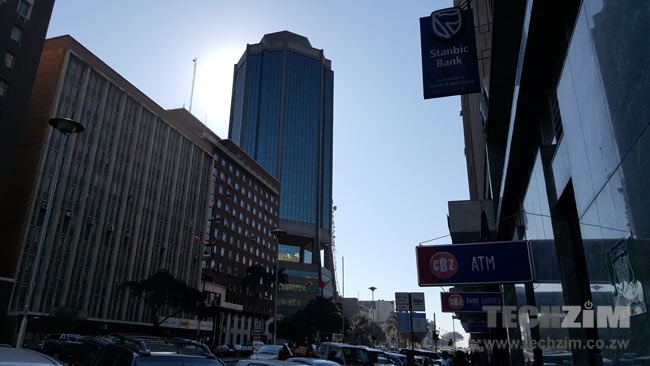 The RBZ has issued an ultimatum for all banks to submit financial inclusion plans for the next 3 years withing the coming four months. Finally, the banks come out of their straight jacket cocoons.

We have already predicted that regulation is the next disruption and this is beginning to tell. I would have been happier if those in telecoms (POTRAZ) would understand this, get it over and done with (net neutrality, Infrastructure sharing, Internet governance etc), so we can move on.

Firstly, while Econet has been accused of resisting products from startups, the banks have played their part in refusing to adopt and support products from the same. How many projects have we heard of that failed because the banks were not happy with them? Case in point

How many projects have we heard of that failed because the banks were not happy with them? Case in point is Charles Nyachowe’s Vantage UEPS (Net1) biometric POS, through which registrations could be done in full, remotely, solving a real headache for banks.

Another example is Afrocoin’s tablet till point POS and NFC tag based transactions initiatives. Shouldn’t banks have taken this opportunity while mobile money was in its infancy? All these products had the idea of taking banking beyond the brick and mortar, but the approached banks simply ignored these in favor of the MNO based inclusion options which they had to fight to the teeth for.

To this day, banks are still considered this upper-class utility that most citizens are really reluctant to associate with. In this economy, who has the time to visit the banks anyway when most businesses have gone informal with an estimated (and disputed) $7,5 billion in the informal sector? Are the banks not interested in this money?

At the same time banks have not done enough to manufacture products that cater for all class of people. Chequing accounts have been out-fashioned almost completely by plastic money. The RBZ has not been surreptitious about it either with the maximum cheque value pegged at a mere $200 for individuals.

The result we saw was the mobile money avalanche that catapulted EcoCash to the forefront in terms of financial inclusion and being a household name and at the same time putting a dampening air over the banks already struggling with lack of public trust from the high failure rate that saw the fall of Trust, Afrasia, Royal, Allied, Barbican and so on.

This new development basically tells the banks “come out of those glass buildings and provide people with banking wherever they are”. This is a victory for mobile money, mobile banking, agency banking; startups in financial services; the list is endless.

Why should banks be closed overnight while technology allows for 24 hours? Why should EcoCash (and the rest) be the providers of mobile money when the money sits in the banks? Shouldn’t these products have been the banks in the first place?

The overall deposits keep falling yearly and banks keep waiting for the customer to come to them when there are options to provide banking to the deepest of roots kumachonyonyo. Banks can’t continue to talk bout Econet’s infrastructure and USSD, they have to think beyond that and technology has already proven that you don’t need the MNOs.

South African banks have started virtual mobile networks and invested in payments platforms beyond the POS device in Spar and the outdated dumb ATMs at every corner. We do need these basics, but the banks must go beyond that.

Without even focusing on the complicated products, you have, for example, the card-based products that can’t even receive funds sent via RTGS.

Surely banks want to hand out a card to my mother in rural Kotwa, but I can’t send her funds via an RTGS transfer from my account. The banks couldn’t even come up with an agnostic card so they were more than happy to let the Mobile Operator, Telecel create one for them.

I know CBZ, POSB, Steward, ZB have been on an agency banking rollout but there is a difference between financial inclusion, products and service and taking the bank out of the brick and mortar and putting it aluminium and cardboard.