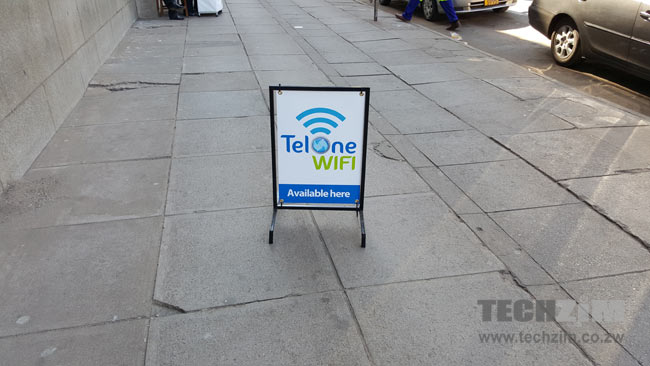 In a move that is set to increase its WiFi hotspot presence, Telone has entered into a partnership with local Fast Food and retail giant, Innscor, to provide WiFi from Innscor outlets(Chicken Inn, Bakers Inn, Creamy Inn, Fish Inn) nationwide.

Innscor group has up to 195 outlets across Zimbabwe but if we are to only  consider the grouping of Chicken Inn and other fast foods, the number comes up to about 130. This is a huge development as overnight TelOne has just developed more WiFi points than the 60 they had at launch.

That’s not all, though. If the deal extends to all of Innscor’s reach, it could see the setting up of more hotspots in areas not necessarily related to food as Innscor has a reasonable presence in properties. The precedence set is something to watch out for as Innscor’s competition could potentially want WiFi at their restaurants. Supermarkets like OK Zimbabwe which also have restaurants may follow suit.

This sets up enough hotspots for TelOne to consider itself a Metropolitan Area Network WiFi provider at some point in the near future. It could greatly increase the uptake for TelOne WiFi as the one challenge for it (and other hotspot providers like ZOL)  has been the geographical reach.

The current hotspots are scattered erratically across Zimbabwe which is counteractive. The inconvenience of buying a Telone WiFi token for a single spot at Harare’s Roadport Bus Terminus  far outweighs the benefits of connectivity; as an example.

To sweeten the deal, TelOne will need to sell more incentives than just the idea of traffic to food outlets. A commission-based arrangement where Innscor gets some of the revenue from tokens sales could fly. At the worst, Telone could actually have to pay rentals for its equipment in restaurants.

For Innscor, the quick win is, of course, an increase in traffic. Its own promotions can be bundled up with “free” WiFi to give more value to customers. Even if it is to sell the tokens directly, there’s likely going to be more traffic than before. It is up to Innscor to translate that traffic into actual revenue.

It will, however also run the risk of attracting traffic that will be capitalised on by the neighbouring stores. It will be simple for the next shop to just offer the same services for WiFi provided next door.

Optionally, a revenue arrangement in the selling of tokens or on actually utilisation could be a bonus for Innscor. This is also coupled by the fact that TelOne may also provide broadband connectivity to the branch at a lower cost.