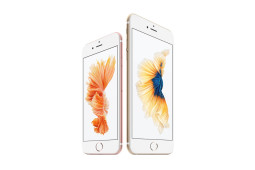 So the rumors have come and gone and the Apple fans are on cloud 9, trying to pour water on Samsung and its recent parade of tech gadgets. There is no end to the iOS versus Android discussion really, in the same way there is no end to the Messi versus Ronaldo, Dembare versus CAPS or Timbaland versus Dre debates, (in no specific sequence).

Anyway, Apple just held its annual event where it showcased an array of advanced gadgets and services including the iPhone 6s, the Apple TV, Remote and new App store, IPad Pro and iPad Mini 2. Below are 3 of the major highlights.

iPhone 6s and iPhone 6s Plus and 3D Touch

Fanboys have probably already dwelt on the specs but the main difference for me is the fact that both devices come with faster processors (Apple A9) and improved camera capture. While other phones are going thinner, they have had to go thicker and heavier to make the devices stronger via the 7,000 series aluminum material and to accommodate the force touch technology.

I don’t suppose speakers are a real trend, but Apple fitted the new devices with four speakers at the bottom and top. Is this a Beats influence?

Apple also introduced 3D Touch, 2nd generation Touch ID for the two gadgets. 3D Touch is a first for Apple where they have basically moved from 2D press, pinch and swipe and gone on to introduce a technology that senses the amount of pressure exerted by the finger to give a variety of options. Call it force touch on steroids. (Check out the video here)

The improved Apple TV is one anticipated development that may have been fulfilled. Coming with a new App store and advanced remote and is way more advanced than the earlier version. The remote is almost a game controller with its touchpad, microphone and built-in accelerators and gyroscope. Though it’s a television ultimately, it goes beyond the ability to stream videos and allows for more gaming opportunity via apps, a fete that Android is still to really master.

The iPad Pro is the biggest iPad so far and comes with the same force touch technology in addition to a stylus that Apple named the Apple Pencil and a “smart keyboard” that is connected via Smart Connector magnetic technology. The keyboard cover and keys are almost flat.  The iPad Pro has a 12.9-inch display and runs on iOS 9 and the same A9 processor as the iPhone 6x. Except for the smart connector, the keyboard is rather regular and offer no advancements but is sold separately rather than with the iPad.

The iPad Pro display sensors work with the Apple Pencil by recording not only its metric position but the pressure exerted and the tilt position. It has its own battery that is recharged via plugging it to the tablet or via the lighting adapter. The idea of the multitasking Pencil on the tablet seems to want to cater for an audience working with graphics as the processing power is easily capable.