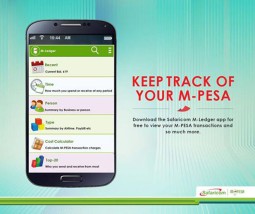 Recently, there was a lot of excitement stirred up when Safaricom, Kenya’s largest mobile operator, released the Application Program Interface (API) for its mobile money service M-PESA to local and international developers.

The value in this release lies in the opportunities for integration to mobile money which developers of applications and solutions now possess. In its announcement, Safaricom took the time to spell out some of the opportunities that this move was introducing to the app development space and it pledged to organise workshops where issues around the integration would be explored.

This is a step forward for Kenyan mobile commerce and e-services. M-PESA has made a huge impression on the digital payments front in Kenya and its success has inspired other services outside East Africa Econet’s EcoCash. Any work around its integration with other e-services and entrepreneurship is commendable.

What comes under scrutiny now, is how this provision of an API will be adopted or viewed by other mobile money services in Africa.

In Zimbabwe, developers and startups have always cried about the exclusion from leading mobile money services because of APIs that aren’t made available to every developer and startup that wants to tap into mobile money as a way of enabling commerce.

As a response to this, Telecel released the Telecash API and Econet also had an API available for EcoCash. What was absent from the two operators was a strategy for open engagement of developers and startups.

While other African mobile operators, like Orange and MTN have also done some of the work involved with releasing APIs, Safaricom is scoring points for the way it is engaging its developer and startup community with this MPESA API. There are lessons in there for other mobile operators that either have open APIs and aren’t encouraging active use of the APIs, or aren’t making them open in the first place.

Safaricom has not only shown a different way of seizing the opportunity of external developers, but it has also alluded to the future of mobile money services and revenue. The success of these platforms like MPESA won’t be on signups and primary transfers, it will hinge on supporting applications that encourage extensive use of digital services.

Like all things to do with tech innovation around mobile services, It sounds rather obvious, but a look at how operators instead try to corner a gamut of services and offer them on their own shows that the engagement of external developers and entrepreneurs isn’t yet a priority. Maybe Safaricom will provide the one lesson for all operators.