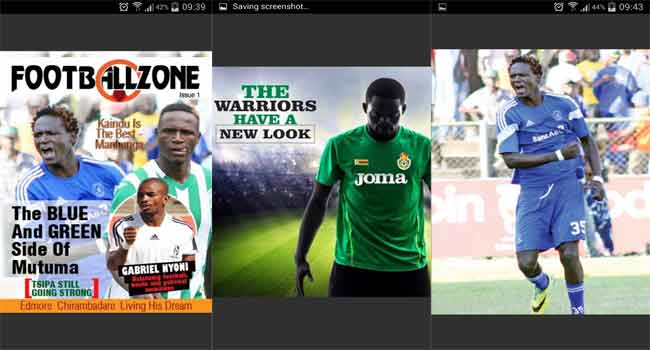 Everyone knows that all things driven by passion and in most cases, obsession, like football, for example, thrive on getting the best sort of information. After all, these bits of information that power those intense derby debates.

Which is why platforms like Soccer 24, the online news and information centre for Zimbabwean soccer, have a huge responsibility. As a way of extending the way it shares information on local football, Soccer 24 has introduced a monthly football magazine called Footballzone.

The name is derived from Footballzone Digital, the company which is behind Soccer 24 and is also engaged in other local soccer related enterprises like the SMS alerts for the Zimbabwean Premier Soccer League.

The Footballzone magazine is available for download on Google Play and it’s being offered for free. According to Godwin Thierry Chiparaushe, the founder of Footballzone Digital, this magazine is supposed to bring fans closer to Zimbabwean football through content which includes exclusive interviews player profiles, and special club features, with some inside perspectives from football stakeholders.

Most of the content covered by Soccer 24 has been focused on breaking news, but the Football Zone app will offer a more in-depth look at content that offers a deeper perspective on local football.

Chiaparushe also pointed how the decision to offer a digital magazine via a mobile app, instead of the traditional print format was driven by data which had been gathered from reader habits. 85% of the readers who normally access Soccer 24 and its Facebook page use mobile devices, with majority of those users being Android users.

Besides the huge shift in consumption patterns, there is the huge cost of print publications which a digital magazine doesn’t have to carry. Earlier this year, some local print publications, including a Football magazine, Gemazo, closed shop because of the costs involved in a print environment battling against digital alternatives.

How good is the Footballzone digital magazine? 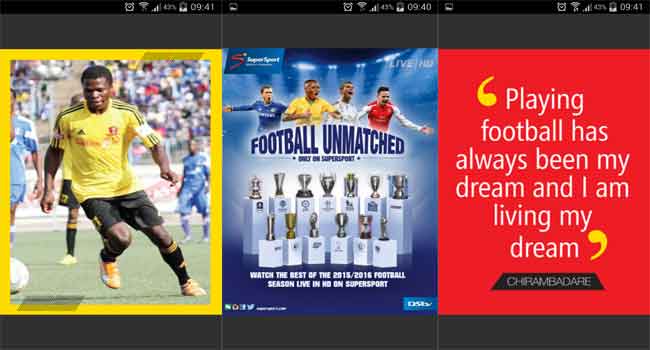 So far, the challenge with the new magazine is the bumpy ride faced in downloading this first issue. After downloading the app from Google Play and tapping the icon to retrieve the content, the download for the actual magazine was interrupted twice, and it wasn’t progressive, so I had to wait for the entire 46-page download.

After that, accessing the magazine was easy. The magazine (which has offline access once downloaded) has an engaging look, with a decent presentation for the content. In terms of the material itself, there is, as promised, an insider’s perspective on local football. I wasn’t bombarded with adverts, suggesting that this platform will be paid for in the future (Footballzone has said a subscription model is being considered)

If this edition is anything to go by, there will be a lot of mechanics in Zimbabwean football that will be shared. Like Soccer 24, it does a great job delivering on local football in a way that grants it a solid addition to any local football fan’s knowledge kit. It’s easy to see how a player fact file or quote from Edmore Chirambadare and any other local soccer personality will be a tap away when people are throwing in some valid points to end a soccer argument.

However, as a digital platform, fans will likely be looking forward to interaction with the teams they follow which might mean add-ons to the app that are specific to the profile of the user.