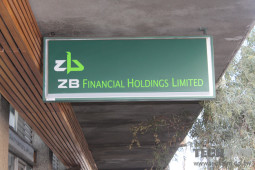 ZB Bank has over the past few months been rolling out Value Added Services to its card based customers. These services include cardless transactions, Card to card (P2P) transfers and Instant card Issuance. This is a move that will strengthen the bank’s agency rollout that seems to have gained traction, as evidenced by some 3,000 agents nationwide.

Like the e-wallet, the card-based system, dubbed SmartVista, is available to any willing user who does not necessarily have to be part of their “main customers”. It is similar to CBZ’s Smartcash account and customers are issued with a Zimswitch enabled debit card usable at various POS and ATMs.

In addition to the regular card services, ZB will also add some value added services such as the cardless option for deposits and transfers over select POS and ATMs. This allows customers to conduct cash deposits and card-to-card and card-to-account internally or externally transfers via Zimswitch ZIPIT without using a card. The Smart Vista service is currently available on 10 ATMs with another 10 already acquired.

In addition to the card system, the Head of Corporate Services, SK Chiganze, also said that ZB Bank is also rolling out ATS machines across the country. Describing the ATS he added that an Automated Teller Safe machine is,

an unattended electronic safe machine that ZB Bank is offering to its corporate customers who handle a lot of cash and require bulk depositing and regular withdrawals. It is located at a customer’s premises for their use and it is integrated with the Bank’s system and enables only the configured corporate customer to perform cash deposits and cash withdrawals in real-time.

From the pictures we have seen, ZB Bank seems to be using the Wincor made C6030 cash recycler. Cash is deposited via a slot and counted and corresponding details are captured via a small screen interface.

The cost of acquiring and installing these machine is rather steep. Depending on the business model, placing this machine at one customer point may turn out to be expensive and ROI may take long to realise.

However, when you do consider the cost of CIT, perhaps the cost of deployment may indeed be justifiable in the long run. All the same, ZB Bank has already installed 2 such machines with 5 more expected in the next few months. Tetrad bank previously tried to install these machines and termed their Intelligent Teller Machines (ITMs) just before they went under.

ZB has already rolled out 2 and will add 5 more in the coming months. However, due to security reasons it was unable to share their locations.

Traditionally, banks have always been shy of going into the market and expecting customers to come to them. This pride is one of the reasons mobile money uptake was exceptionally speedy in addition to the lack of confidence caused by the failed banks and multicurrency crossover. Banks have also failed largely to make products that address the existing markets choosing instead to offer the products of a normal economy.

These two developments by ZB Bank, and other banks, are key in that they seem to show a shift in that ideology where more and more banks are beginning to offer KYC-lite services where customers don’t necessarily have to open a traditional account or visit the banking hall.

Banks can make headway in the informal sector with these products. By providing the various agencies across the country where the customer is, banks are beginning to offer the same services (and more) that mobile money operators have profited from all this while.