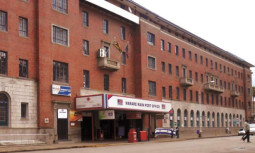 Some people might recall how in the first half of 2014, Zipcash, the postal services money transfer services announced plans to enter the West African market as part of its strategy to expand its footprint.

According to a recent report, the latest news from Zimpost is that deal was finally concluded and Zipcash has been offering remittance services from Nigeria since September this year.

The Nigerian presence brings the number of countries serviced by Zipcash to a total of five, following Kenya, Tanzania, Botswana and South Africa.

This does seem like a limited coverage, considering that the Zipcash service utilises an electronic platform called the International Financial System (IFS) which is curated by the Universal Postal Union (UPU) and effectively resides with every national postal network.

Still, entering a new territory and sealing a remittance deal is a lot more complicated than just the right software. EcoCash demonstrated that with the delayed launch of EcoCash Diaspora for the South African market. It would seem that regulatory approval is what acts as one of the biggest cogs in this arrangement.

It’s hard to look at this and not think that it’s too late for ZipCash, at least in the context of remittances. The service has a limited global reach and is going up against remittance services that are now partnering with mobile money providers.

The value proposition of safety which the Post Office provides for this sort of service is also being brought up gainst the virtues of money straight into a receiver’s mobile wallet.

But perhaps the recipients without mobile devices that still frequent postal centres as hubs of information might still be tapped into services like Zipcash. After all, it did manage to move $733,000 in the first quarter of 2015. That means business is somewhat steady, even though part of that haul could have been from domestic transfers across its 226 post offices nationwide.

One thought on “Zipcash finally opens shop in Nigeria”