A week in rural Zimbabwe 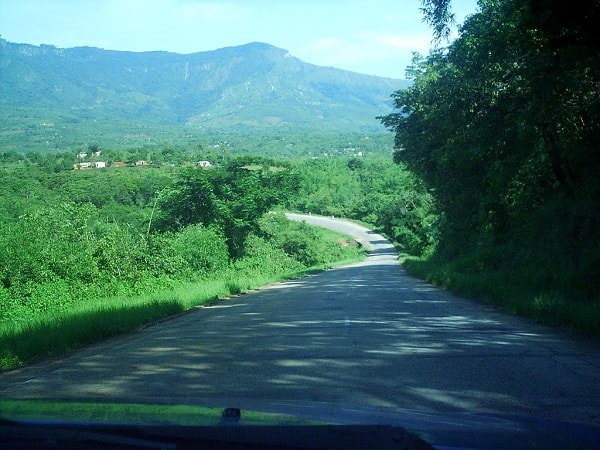 The road to Hauna Growth Point.

The statistics are quite clear. According to the 2012 census 67 percent of Zimbabwe’s population still lives in rural areas.

Just over a week ago, I decided to take a richly deserved vacation to my rural home after a couple of years of absence. For a place that is supposed to be home to the majority of Zimbabwe’s population the place seemed oddly deserted.

There are supposed to be just over 800,000 men and 900,000 women in Manicaland but apart from schools, health centers, churches and other community meeting places, Honde Valley looks a little underpopulated.

When I was a young man the place was bustling with human activity as people went about their business in what was then Zimbabwe’s richest province.

The hard times have forced most young people to leave home in search of better lives to settle in urban centers both local and abroad. I could not meet anyone I went to school with in the whole village. It seems one morning everyone just up and left!

The whole place now resembles an alien landscape except for the obvious signs of human occupation such as cultivated fields. I talked to the headman and the elderly folks about this and that is when they proudly showed me their smartphones.

You see my rural home is one of nature’s paradoxes. Located near Nyanga in the Eastern Highlands it receives lots of rainfall typical of the area, but being a deep steep sided valley means it is a natural greenhouse that comes with plenty of sunshine as the rains are often limited to violent thunderstorms that give the Manyika their mythical famed ability to strike their enemies and foes with lighting.

The elders proudly explained how their young sons and daughters had not abandoned them. During each holiday the “children” come to visit and they come bearing gifts of smartphones and solar panels. They spend days tutoring their parents and grandparents on how to use technologies like WhatsApp and Facebook so that when they go back to town they can keep in touch.

With the Mobile Network Operators (MNOs) having placed their Base Stations along the mountains it means every nook and cranny of the valley has network coverage so the parents and their children keep in touch with one another.

The giant solar panels that grace each roof mean that charging the smartphones is not a problem. The elders seem to have fully embraced the new technology as they expertly took selfies in their gardens and send them to faraway places like London via WhatsApp.

Almost every village has a Facebook page that keeps track of the local gossip, village events and obituaries where people pay tribute to the departed. This way followers can keep track of events back home.

I was curious, most of these smartphones were Android devices with the odd Windows Phone here and there, so how did they keep their WhatsApp apps up to date? That is when I was taken to e-Connect Internet Cafe at Hauna Growth Point.

The place is like a local portal that links the place with Zimbabwe’s urban centers. All the technological amenities one can find in places like Harare were full on display. An orderly queue of elders stretched to a glass counter where a well dressed young man was installing the latest Whatsapp apps in exchange for a $1.

Struck by this irregular sighting I approached him and we started a conversation on technology. He showed me off his merchandise of the latest tablets, smartphones and laptops. He even had over 10 machines with i7 processors which according to him are quite popular with the Banana farmers.

That is when I noticed the room actually looked like one of those internet cafe’s of yore that used to grace many a street of Harare. A number of elderly people were glued to some of the computer screens.

I asked him about how the cafe worked and he told me they, like everyone else, were using TelOne/Avanti’s VSAT service and charged a dollar for every hour of usage. They even had a WiFi service. Intrigued I decided to take the service for a spin so I parted with my dollar.

For some reason the choice of browsers was limited to either the accursed Internet Explorer and Firefox. No Chrome. I was miffed and made a mental note to tell the administrator about this once I was done.

The browsers also had a lot of unnecessary plugins installed; probably a direct result of people unwittingly clicking on adware bait. The surfing experience was not very smooth as VSAT connections tend to have very high latencies but it was pleasant enough and workable.

The experience was especially great with most well designed pages but I noticed that a lot of Zimbabwe’s websites are poorly designed when it comes to slow connections.

A lot of them have multiple get requests, render blocking css, are javascript heavy and have unoptimized images that take ages to load. If you are one of the culprits just remember you are missing out an opportunity to reach 67% of the population out there.

After the somewhat trying experience I decided to take a stroll around the place and that’s when I noticed why the internet cafe proprietor had seemed surprised by my inquiries.

The Telone/Avanti satellites graced the roof of every shop,hospital, registration office and school in the area as far as the eye could see. Upon asking I was told that every school of note had an internet connection.

Between mobile broadband and VSAT my entire rural home seems to be covered. Everyone from farmers to school children can now Google like the rest of the developed world as they tap into the resource that is the internet.

Every shopping center has an EcoCash agent, they are everywhere in shops, grocery stores, supermarkets and even in remotely located grinding mills, where people can receive money from all over the world.

As I turned to leave the internet cafe I looked back to give the place a final look over. My eyes met with old Mr Chandiwana’s as he sat behind one of the workstations. He beckoned me over and, driven by my ever investigative spirit, I heeded his call.

The man was at least four decades older than my father and there he was, despite his failing eyesight, his eyes almost touching the screen, as his nimble fingers expertly worked the keyboard, composing a message to his son in the UK. He deftly worked the mouse to another tab as he sought to hide the private message and landed on a Wikipedia page about Potato blight with the sort of finesse that would put any teenager to shame.

Huh!Some rural area I have.