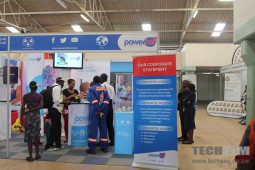 Powertel, the state-owned internet access provider and subsidiary of national power utility firm ZESA Holdings, has reportedly been found guilty of failing to follow proper tender procedures when it appointed local software development outfit E-solutions, as the aggregators of the sale of prepaid electricity.

According to a report in the Chronicle, in 2013, Powertel flighted the tender for the prepaid electricity token aggregators for seven days instead of the requisite thirty days.

It is further reported that there was an outcry over E-Solutions’ appointment because the software development unit wasn’t fully prepared, which was apparently evidenced by the system’s constant breakdowns.

Following a directive to appoint Powertel as the sole provider of prepaid electricity tokens which was effected by Dzikamai Mavhaire, the then Minister of Energy, some bidders felt that the process at arriving at that decision had been unprocedural, especially considering how Powertel and E-solutions had been disqualified for not having the right technical capacity.

The Chronicle has gone on quote a letter from the State Procurement Board, addressed to Powertel’s managing director, Samuel Maminimini, which states the SPB’s resolution that Powertel should pay an administration fee of $900 for failure to follow proper tender procedures.

It hasn’t been confirmed yet whether this development will result in the flighting of a new tender, or open up the provision of prepaid electricity to other companies.

We are yet to receive an official comment from Powertel regarding this story and the implications of this development.