From 0 to 40k. Propertybook has a new angle to property classifieds in Zimbabwe 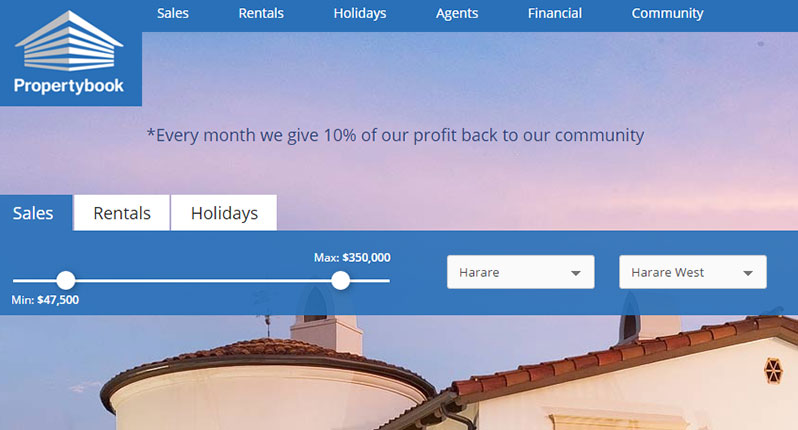 In just 5 months a new Zimbabwean property classifieds website, Propertybook, has grown from ‘nothing’ to 40,000 monthly visits. For comparison, consider that the largest property classifieds in Zimbabwe, property.co.zw, which has been in existence for over a year now, is reported to have about 90,000 monthly visits.  Or compare to Lamudi, the Rocket Internet site considered up to now to be the main contender in the market, in existence for a year and some 6 months now which only gets some 8,000 desktop visits a month.

Founder, Jonathan Fennell, whom we spoke to recently, explained that Propertybook the site, is new, but Propertybook the community is over 9 years old. In 2006, after returning to Zimbabwe from studying abroad, Fennell realised his friends and family needed an effective way share information about property rentals so he created a group on Facebook.

Eventually, the group grew as people outside Fennell’s circle asked to join.  Estate agents started joining too so they could access this growing audience. Combined, all the Propertybook Facebook groups (they created city specific ones) have some 72,000 members now. This community contributes the second highest source of traffic to the Propertybook site, second only to direct visits, which no doubt were cultivated from the same community.

Propertybook’s business model is similar to Webdev’s in that they charge estate agents a monthly subscription fee to list. So far the startup has signed on 32 of the agents in Zimbabwe which, by the looks of the market, is roughly 20% of the agents in the country.

Fennell told us the community aspect has meant that members don’t treat the groups just as a marketplace. They help each other with answers to renting questions, buying property questions and the like. And having the Estate Agents as part of the community means people get credible information. Propertybook has carried this aspect of community to the site where they have a community section with frequently asked questions about renting, leasing, selling and other things. Visitors can also download estate laws and information about estate agent regulations so they understand better an issue that most first time buyers property who are the majority in Zimbabwe, will benefit from.

It’s hard to overstate the importance of such information in a country where a lot of the those looking to make such buying decisions are first generation owners of city properties. It’s easy for these first time buyers to get mixed up in shady deals by bogus estate agents or cooperative initiatives gone wrong.

Such information is so important I got the feeling even though Propertybook is pioneering this aspect, they may not understand fully how pivotal it is to their startup. The community page on their site looks like a side thing to just help along without paying much attention to it. For example, some important questions in their FAQ section like “What is a bogus agent?” have been left unanswered and at least 2 of the 7 downloads are broken links. And in the Facebook groups, most posts I see are just them posting links of properties on their site and not enough (I didn’t see any actually but I probably didn’t scroll down far enough) sharing of information to just keep members informed about opportunities and problems to look out for.

If you take away the community knowledge sharing aspect, Propertybook is just another site listing properties and this takes away some of the unique fire power they are taking to established companies providing listings for a fee.

That aside, it’s refreshing to see a startup that’s committed to building an online properties marketplace in a market dominated by just one player. One that’s 9 years serious! Competition is a great thing for the customers (estate agents that is) and also us the users because the players work harder to make their service uniquely useful to us.