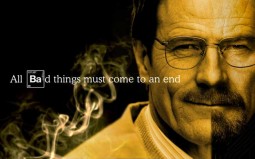 Netflix, the VOD service which was recently opened up to 130 new countries including Zimbabwe has said that it will be clamping down on subscribers who use proxy services or “unblockers” to access content that isn’t meant for their territories or regions.

As global content provider Netflix doesn’t have the rights to show some of the major series that have been its major highlights in all of the new territories it has explored.

The rights have been secured by other distributors, notably MultiChoice in the African market. Through DStv, the Naspers owned company has the exclusive privilege to distribute shows that include Breaking Bad as well as Netflix original series like House of Cards.

In a blog post posted on its site, David Fullagar, the company’s Vice President of Content Delivery Architecture highlighted the variance in new market entry and securing licensing for all its content in these new territories. He also pointed out that Netflix would be evolving its technology to match the evolution of “unblockers”.

Some members use proxies or “unblockers” to access titles available outside their territory. To address this, we employ the same or similar measures other firms do. This technology continues to evolve and we are evolving with it. That means in coming weeks, those using proxies and unblockers will only be able to access the service in the country where they currently are.

While this announcement will likely offer some form of consolation to holders of content that is being viewed on Netflix but shouldn’t, the real test will be how effective Netflix’s measures will be in the face of evolving “unblocker” technology.