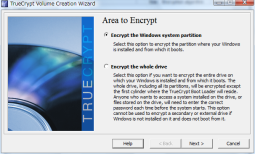 Bulawayo-born programmer and drug lord Paul Le Roux is allegedly the brains behind TrueCrypt, an encryption application made famous by Edward Snowden.

In what reads like a script for a Hollywood action-thriller movie, the long form piece of investigative journalism chronicles Le Roux’s life from his birth in Bulawayo in 1972 , through his primary education in Mashava, and finally to his global criminal enterprise (by way of South Africa, Netherlands, US, UK and Australia). If you have 20 minutes to spare, I strongly urge you to read the whole article (which is episode 3 of a larger arc on him. If you have more than 20 minutes, read the earlier episodes on Le Roux).

TrueCrypt is a cross-platform, Open Source application (since abandoned) that allows the encryption of individual files (or entire hard-drives). The NSA was unable to crack it, according to publicly available information. For years, no one knew the real identities of the anonymous group behind TrueCrypt (calling themselves “the TrueCrypt team”). TrueCrypt itself was based on a project that Paul Le Roux released under his name (Encryption for the Masses – shortened as E4M), until today, there were no known links between Le Roux and the TrueCrypt team.

Paul Le Roux is described as a brilliant programmer (self-taught).He has a long list of crimes attributed to him, including running an online pharmacy as well as ordering his enforcer – former US army sniper Joseph Hunter – to assassinate a Drug Enforcement Agency (DEA) agent.Unsurprisingly, Le Roux possessed legitimate passports  as well as several fake identities including 2 Zimbabwean aliases (birth certificates and passports) as well as a diplomatic passport from the DRC that enabled him to evade searches when travelling internationally.

He was arrested by the DEA in 2012 in Liberia and turned informant before the airplane touched down on American soil has been cooperating with the US government since then. Incidentally, the “TrueCrypt team” made an announcement at the time of his arrest stating that the TrueCrypt  should be considered as unsafe and declaring it as abandoned; commenters speculate that Paul Le Roux’s “TrueCrypt team” conspirators were pre-empting the possibility of the US government coercing Le Roux into releasing an intentionally weakened version of TrueCypt.