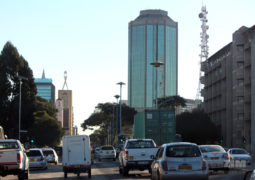 Banks in Zimbabwe have began restricting Telegraphic Transfers (TTs). TTS are money transfers from a Zimbabwean bank account to bank account outside the country. The development has come swiftly after the announcement of the introduction of new Bond Notes local currency by the government this month.

We have also been told that some Zimbabweans needing to transfer money outside the country for various purposes through TTs have been disappointed to find that their bank is either taking longer than usual for the money to go through, or is not doing TTs at all.

Some banks have said that they have stopped altogether providing the TT facility until; further notice. Some are telling their customers to wait at least 3 weeks after initiating a TT for it to go through, while other banks are just telling customers they can’t determine the time these outbound transactions will take to go through as it’s dependent on the Reserve Bank of Zimbabwe.

Speaking to sources inside the banking industry we are told that NMB’s suspension of the outside Zim Visa transactions is probably a result of Visa itself throttling transactions on cards issued by Zimbabwean banks as opposed to the banks (or the RBZ) limiting the facility. On why they would do this, we are told Zimbabwe may be entering risky zone category because of the recent developments resulting in global financial institutions guarding themselves from the possibility of Zimbabwean banks not settling against transactions made by customers.

What’s been the experience at your bank?

Update:
– We have spoken to people at FBC that have told us their Prepaid Mastercard is working normally.
– We have also spoke to people that have confirmed that they are able to use their EcoCash Mastercards with no problem.
– One bank we have spoken to has told us that Nostro accounts held offshore by Zimbabwean banks are poorly funded causing the problems with TTs. According to him some local banks have had their Nostro accounts closed for non-compliance. An example is Commerzbank, that closed nostros for all Zim banks.

– An initial version of the article gave the impression that a technical problem with NMB’s VISA platform which prevented people from transacting outside Zimbabwe using the VISA card, for a number of days last week, was a sign a deeper problems with banks locally. This is not correct as the problem at NMB has since been fixed and customers of  the bank are transacting normally. We have since removed some aspects of the article that referred to this card “problem”.