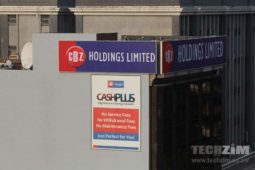 I’m not a fan of banking halls and after a lifetime of bad experiences with different local financial institutions and rubbing shoulders with other discontent citizens I’m pretty sure I’m not the only Zimbabwean who feels this way.

Which is why any sort of service or feature that can help in avoiding banking halls is always welcome.

It’s called the CBZ Touch App and it has been launched for users on Android, iOS and Windows devices as the bank aims to accommodate a huge segment of the market.

You can download the Android version by following this link here

Other than the access through different platforms CBZ has designed the app to offer services to non-CBZ account holders and it has poured a lot of resources into the app’s promotion through an extensive offline and online advertising campaign.

What does the CBZ Touch App do?

CBZ  seems to have been well aware of the impression created by having just another “newly launched mobile banking app” which is why it has been parading CBZ Touch as a gateway to its entire service line and not as an ordinary banking solution.

This is where its main point of difference lies really. 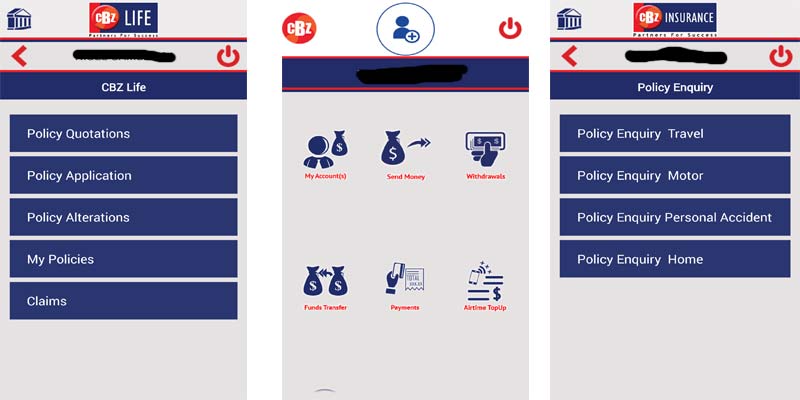 The app first plays its part as a standard mobile banking tool, offering users access to the usual retail mobile banking essentials like funds transfer, balance enquiry, merchant payments, bill payments for the limited services that every provider in Zimbabwe chases after (ZESA, City of Harare and DStv) as well as an airtime purchase feature.

Other services include the cardless cash withdrawal option, ZIMRA payments as well as an option for tertiary fees, school fees, and life insurance payments.

Beyond all that the app offers access to CBZ’s portfolio of services which include CBZ Life, CBZ Asset Management, CBZ Treasury, and CBZ Insurance.

Each of these subsidiaries has its own service tab and through these a user can carry out functions like checking up on an investment portfolio, getting a policy quotation for life insurance or signing up for a new treasury investment.

It’s all fairly impressive, especially since it satisfies that one huge need – to avoid the banking hall. CBZ has created a mobile window to a set of services that most clients are used to getting through a visit to the nearest physical branch.

An online solution for a business still in offline mode

Despite the work done to bring its services online, the CBZ Touch app exposes how CBZ, like other local financial institutions, is still just scratching the surface when it comes to digital services and tools.

While there is some work put into the development of services like apps and internet banking solutions these efforts never seem like they are followed through wholeheartedly.

This results in attempts that look half baked and feel coerced by the environment rather than opportunities that the banks are seizing to do more with financial tech solutions.

In the case of the CBZ app, some of the half-heartedness is evident even from the first impressions.

Even with all its service extensions and an attempt at distinguishing itself, the app’s user interface could have benefitted from a greater focus on design. It has a very basic interface that does not show how CBZ is a top-tier financial institution.

In terms of user experience, CBZ still has to work on aspects like improving the ease in signing up to use the app.

Other than the details you have to fill in (I blame the Reserve Bank’s KYC requirements really) I went through a torrid time signing up and activating the CBZ Touch Wallet which is the extension designed for non- account holders.

Activating the app was also delayed by a slow response to the online creation of the digital wallet and the final activation warranted two trips to the bank before I managed to get my user credentials.

This requirement to create an account felt like CBZ only extended the offer to use its app to non-account holders just as a way of boosting its user base and this is supported by the reality of the majority of services that are really not for non-account holders.

All this may be fairly easy to justify from a risk perspective, but it just adds to the offline vibe that doesn’t tie in with online convenience.

To sum it all up, the CBZ Touch App is a good addition to the mobile fin tech scene and it could help inspire the other banks that haven’t dipped their toes in mobile app development to do so.

For the users, it’s definitely a good tool to have on your phone, especially if you want to avoid banking halls.

While the app has a number of areas that it should improve, it will, for now, offer a decent branchless experience especially to CBZ account holders.