This morning, EcoCash and MTN Zambia officially unveiled a remittance partnership that will enable MTN customers in Zimbabwe’s northern neighbor to send money into the country via the mobile platform MTN Money Wallet.

“Our partnership is not only business to business, but also country to country,” Econet Wireless COO Fayaz King told the gathering at Meikles Hotel, where EcoCash general manager Natalie Jabangwe-Morris and Zambian counterpart Wane Ng’ambi of MTN officially signed the partnership.

According to Econet Wireless, someone in Zambia will send money by registering with MTN Zambia and then initiating a money transfer request via a USSD mobile Money short code, and selecting EcoCash (ZW) mobile number. 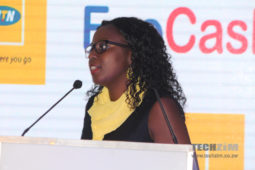 In an energetic delivery on the new partnership, EcoCash manager Jabangwe-Morris hailed the partnership launch as another milestone in a series recent accomplishments by EcoCash, dating back a couple of years.

“EcoCash has been consistently working to expand the portfolio of international remittances, from the euro, US and now covering the SADC corridor. Remittances play a major role in Zimbabwe’s economy.”

Jabangwe-Morris touted the safety and security of the new remittance conduit, which she said had fraud prevention mechanisms in place; the new money transfer link, she added, was also cheaper than traditional remittance options currently on the market.

The EcoCash manager further noted that the transfer service will also be backed by support on six different platforms that include the EcoCash or Econet Call Center, Econet shops and agents, as well as the digital platforms of the two telecom companies.

Econet Wireless CEO Doug Mboweni, who did not attend today’s launch, has indicated that the telecom giant plans to extends the service, saying that Zimbabweans from more countries with MTN footprint will soon be able to remit money directly into the receiver’s local EcoCash wallet.