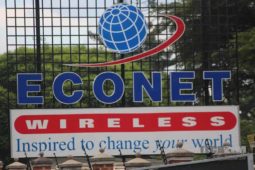 We sent questions to the internet providers and mobile operators to understand why the internet is down. So far Econet has responded. They responded to confirm that WhatsApp is indeed down but wouldn’t answer the questions on how and why.

In our email, we asked:

1. Has Econet Zimbabwe blocked WhatsApp?
2. If this is a technical problem at Econet, how has it just affected WhatsApp and not other services like Google, Facebook, Telegram, YouTube and general websites?
3. What is the position of Econet Zimbabwe on the blocking of access to some apps for users who have paid Econet money to access these very apps?

Econet would like to confirm that WhatsApp is currently down. We will notify you once it is working again.

Clearly they have refused to disclose the cause of the WhatsApp outage. Again, the reasons are anyone’s guess. In the past though, when we have asked them about services being down, they have been clear about the cause (usually technical) and the likely time the service would be restored.

Several internet users in the country have confirmed that they are able bypass the problem of “WhatsApp not working” and use the app normally by simply installing a VPN app on their smartphones. This technically confirms that it’s not WhatsApp platform that is down, but that you cannot connect to it from the network you’re on.

Ofcourse a stretched argument would be that WhatsApp itself has blocked Econet and the other internet providers in Zimbabwe from accessing its servers, but yes, this is a stretch.

Econet is largest internet provider in the country.

Update: 11:3AM (6 July 2016)
We’re getting information that they are now able to access their WhatsApp on Econet. We hope it’s back for good but we’re not clear about long this will be so. We will update as we get more information.