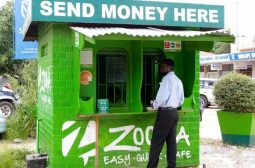 One of Africa’s regional fintech startups, Zoona, announced that it has raised US$15 million in a new round of funding.

Zoona, which was founded in 2009 operates a network independent mobile money platform which facilitates various mobile transactions that include money transfers and electronic payments.

Its platform has a value proposition that’s similar to what Zimbabwean service Getcash (formerly Nettcash) also provides – a wallet with cross-network money transfer capabilities as well as the option to make payments and purchases.

Zoona now provides these services to more than 1,5 million subscribers in Zambia (it’s stronghold) and Malawi. So far it has processed over $1 billion in these two countries, a number that has been supported by 1,500 agents.

The new injection of capital is expected to help Zoona as it scales up its operations. The fintech company is eyeing a presence in 10 markets across Africa by 2020 with 30 million active consumers.

With a proven test case and a growing market that is demonstrated by the need for services facilitating financial inclusion, Zoona has created a strong case for investment. In 2012 it raised $5 million which included the $4 million raised in its Series A funding round.

The latest funding round which was led by the World Bank Group’s International Finance Corporation (IFC) also roped in some of the same faces that contributed to its first capital raise.

Some of the entities that invested in Zoona in 2013 that joined IFC were Accion (a global non-profit focused on financial inclusion), Omidyar Network (the philanthropic investment firm founded by eBay founder Pierre Omidyar), and Lundin Foundation.

Patrick Pichette, former Chief Financial Officer at Google and an advisor to Zoona has also invested in the startup.

All this money is being put into Zoona for a reason, though. The focus seems to be to provide Zoona with enough steam to replicate this model in other markets as soon as possible.

This would translate to a greater subscriber number and ultimately raise transaction volumes, a plan that is urgent for a network independent service which doesn’t have a pool of existing mobile network subscribers to tap into.