Google recently announced that it will be punishing mobile websites that have interstitial ads as of January, 2017.

Interstitial ads are ads that show or “pop-up” while the actual web page is downloading or in the background. 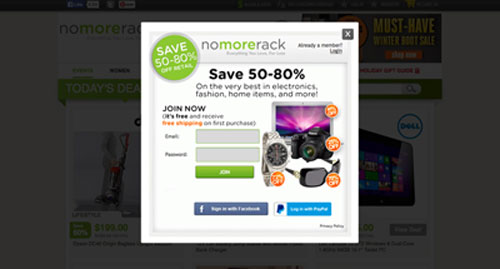 Google plans to punish the websites practicing this form of advertising by ranking them low on its search engines results.

Many people use Google search to look for products, services, and information.

A low search ranking could have unfavorable effects on a website’s online visibility and relevance.

The move by Google is aimed at improving user experience with users often frustrated that they are not able to access the content they were expecting.

This frustrating experience is made worse by the smaller screens on mobile devices, which may need the user to perform a zoom just to get rid of the ad.

According to Google, these are ad techniques that make content less appealing and available to users:

It is interesting to note the similarity between this move and Econet’s recently announced implementation of ad-blocking on its mobile network.

I can understand Googles move as their Chrome mobile browser does not have provision for ad-blockers like their desktop version.

There seems to be a renewed interest in user experience, especially on mobile websites which may be motivated by increases in mobile internet use in Zimbabwe and Internationally.

I believe it is a good move by Google and their attempt to offer advice on how to avoid the punishment and improve user experience shows they are taking up more responsibility on the internet.

I can only speculate that Google may make the same move on Apps on their Android platform.

The pop-ups that come up in-app-use are quite distracting and annoying, but I guess that’s the cost of a free app, for now.