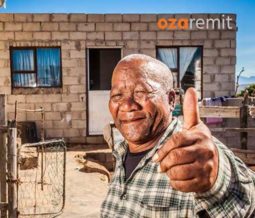 A couple of months of ago we wrote about Ozaremit,  a United Kingdom-based airtime credit service that was focused on servicing the growing African remittance market.

As part of its plans to expand its services, Ozaremit recently secured a six-figure investment from three angel investors focused on the emerging markets. Thibault Launay, Romain Girbal and Célia Grémy are French investors who have an interest in early to mid-stage startups including an African classifieds service called Afrimalin that’s active in 8 Francophone countries.

According to the information shared by the Ozaremit co-founders Ibrahima Soumano and Takwana Tyaranini the three investors have collectively acquired a significant amount of equity in Ozaremit.

This capital will be used for product improvement (there’s work being done on the web interface and a mobile app is also in the pipeline) and some efforts at gaining visibility through an aggressive marketing campaign.

It’s also meant to open up Ozaremit to new services with focus areas set to be mobile money and goods (invoice payment) remittances. This fulfils the initial plans that the Ozaremit co-founders spoke of a few months ago.

Even though the team has managed to secure capital at this early stage, there are plans to lock more investment in order to expand its scope and gear Ozaremit for an extremely competitive sector.

Their service has so far followed the same growth cycle that major remittance services like WorldRemit also went through – starting off with one service focused on mobile (ie the airtime remittances) before jumping into the lucrative money transfer track.

The Ozaremit team says it’s confident that with the growth it is registering in users and revenue right now it will be able to secure more capital before the end of 2016. It is eyeing another 6 figure investment through the network of  international business angels that it is working with.

If successful, the team says that its valuation should exceed 2 million euros by the beginning of 2017.