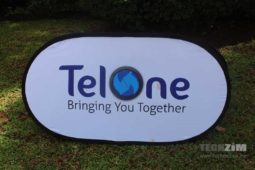 This is according to figures shared in the latest sector report from the telecoms regulator, POTRAZ.

Fixed voice revenue for the first three months of the year came to $30.67 million down from $35.341 million recorded in the last quarter of 2015. TelOne’s monthly Average Revenue Per User (ARPU) came to $30.58 during the same period.

The slump follows a decline in voice traffic that has affected all telecoms service providers not only in Zimbabwe but in other markets.

The advent of cheaper communication alternatives in the form of Over the Top (OTT) services like WhatsApp, Skype and Facebook has provided subscribers with less reason to make phone calls.

In the first quarter of 2016, there was a 1.4% decline corporate fixed telephone subscriptions which appears to correspond with the increase in VoIP traffic that was also recorded during that period.

It’s likely an indicator that in the current economic environment corporate clients which make up a huge part of TelOne’s client portfolio are adopting alternatives for voice communication like VoIP.

This could also be a partial explanation for TelOne’s investment into its own VoIP service which was a realisation that services like fixed telephone lines that have provided TelOne with a monopoly in voice have been disrupted by internet-based alternatives and are in decline.