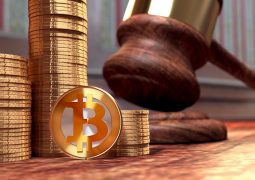 My name is Simbarashe Machiridza. I have been a lawyer for over 10 years and I have been working in the bitcoin space for the last 2 years. I am currently the compliance officer at BitFinance.

Is Bitcoin legal in  Zimbabwe?

The short answer is that is Yes, bitcoin is legal in Zimbabwe however it is not legal tender. It’s important to distinguish between ‘legal’ and ‘legal tender’ but before I explain the difference, let’s first define what bitcoin is:

The best definition I have seen for bitcoin can be found in a case study that BitFinance has done with  Stanford University’s Graduate School of Businesswhich says that:

At its most basic level Bitcoin is two things: a virtual currency, as well as the network on which the currency is stored and moved around. Each Bitcoin is merely an entry on a digital ledger; unlike fiat currency, there is no physical representation of the currency. Bitcoins can be bought and sold through open-market exchanges. In addition, they can be used as a means of transaction, much like other currencies.

Unlike other currencies, however, Bitcoins are not tracked by banks or governments. Instead, the digital ledger is maintained and updated by Bitcoin’s users, much like Wikipedia entries are maintained by its users.

Historically, if individuals wanted to send someone money over the Internet, the transaction would require approval from a bank, financial institution, the government treasury, or some authorized intermediary Bitcoin, however, enabled instant and seamless transactions without requiring a trusted and expensive third party. Anyone could open a Bitcoin account, which would give him or her a Bitcoin address as well as a private password. With an address and password, individuals could send their Bitcoins to anyone with a Bitcoin address, even without knowing the recipient’s identity.

Bitcoin is not legal tender in Zimbabwe

To say ‘bitcoin is not legal tender’ means that, although it’s not against the law to have bitcoin in your possession, no one is legally obliged to accept bitcoin as payment for a debt, goods or services. In other words, you can’t force anyone to accept your payment if you are paying in bitcoin.

Legal tender is any currency creditors are legally obliged to accept from debtors.

Zimbabwe has since the introduction of the multi-currency regime recognised nine foreign currencies as legal tender.  These currencies are:

Bitcoin is not illegal in Zimbabwe

Zimbabwe does not have specific legislation that regulates virtual currencies so there is no legal impediment to the use and possession of bitcoins. However, this is not to say that regulation will not come in the future. At BitFinance, we’re always trying to anticipate what regulation may come so that we’re prepared for it and we think that there are 3 ways bitcoin could be regulated:

In a white paper I wrote  last year, I predicted that that bitcoin will likely be viewed as a foreign currency in terms of the existent laws of Zimbabwe , this view point is further heightened by the fact that,  not only has Germany recognized it as money as provided for its laws but Japan has also recognised virtual currencies like bitcoin as legal tender.

I will be talking in more depth about the legal issues around bitcoin at the 2016 Blockchain Summer School . In my talk, I will particularly focus on:

You can get your ticket to the Blockchain Summer School here.

5 thoughts on “Is Bitcoin Legal in Zimbabwe?”