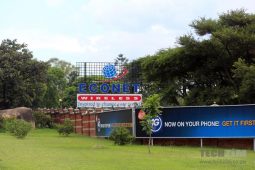 Econet Wireless Zimbabwe has announced in its financial results that profits dropped 37.14% in the half year to 31 August 2016. The profit after taxation stood at $14.9 million compared to $23.8 million in the same period last year.

In his statement to shareholders, board chairman James Myers said the profitability was affected by decline in revenues, itself caused by a tough operating environment.

The results are hardly surprising. Zimbabwe is going through the most difficult economic time since the hyperinflation era of around 2008. Coupled with that is a generally shifting technology environment where the group’s competition has significantly changed from just the traditional licensed oligopoly to new types of internet businesses like WhatsApp, Google who offer cheaper communication services & platforms.

What may be a bit of positive news however is that the company is doing better in containing the growth problem as the decline is slowing down. The profitability decline last year was a staggering 52% and the company quickly made bold moves to cut costs.

On the data side, things are better. Data revenue increased by 10.5% from $52.5 million last year to $58 million in 2016. We’re not sure the increase is positive enough to compensate for the voice services decline into the future. The problem with data is there’s more competition and by its nature, as it grows, creates more competition for the group via service mentioned above, making the group a victim of its own (data business) success.

The financial services side of the business has the same positive story; EcoCash and EcoSure contributed 34% of the group’s total revenue. Into the future it is certainly incorrect to think of Econet as a telecoms company. They are increasingly more a technology company with some distribution and marketing.

As it has done in previous results announcements, the company has made it point to note that they are being taxed and regulated heavily.