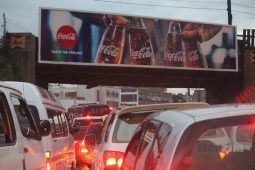 The Coca Cola Company recently gave notice of its plans to terminate its bottling deals with Delta Corporation and its associate, Schweppes Zimbabwe Limited.

This comes after the regulatory approval of the $104 billion merger between Anheuser-Busch InBev NV/SA (AB InBev) and SABMiller Plc, which is also Delta’s largest single shareholder (It holds a 38% stake).

According to a report in The Source, Delta has said that it is considering the impact of this decision but it doesn’t expect a change to its operations.

None of this doesn’t have anything to do with tech, except for the fact that Mutare Bottling Company, the other bottler of Coca-Cola products in Zimbabwe is owned by Econet Wireless Zimbabwe.

The mobile operator has a 69% stake in the company which it snapped up in 2007 as part of its diversification strategy.

Delta’s inability to address the market with Coca-Cola (which, to be clear, hasn’t been signed off as the final outcome) could be an opportunity for the mobile operator if it can secure distribution rights, expand capacity and in the process boost revenues from its ancillary investment.

As the local telecoms industry faces challenges that have resulted in a regular decline in revenue the one non-core asset that Econet once considered disposing five years ago could be the hedge that’s needed by the operator.