Zimbabwe has become the leading country in IPv6 implementation  on the continent following Liquid Telecom’s roll out of the technology to its customers an ISP subsidiary, ZOL. We spoke to Liquid Telecom Head of IP Strategy, Andrew Alston, earlier today who said that the company plans to roll out IPV6 in other countries they operate in the coming months.

ZOL customers that use fibre started getting the IPV6 technology about 2 weeks ago. 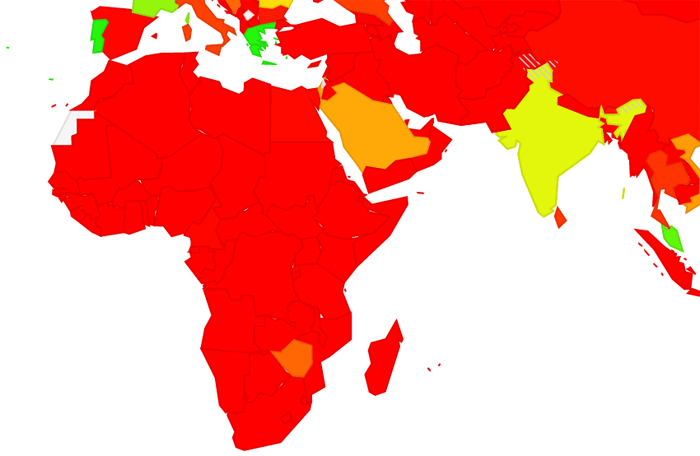 If you’re wondering what IPv6 is and why it’s a big deal, here’s a short summary to get you up to speed.

Essentially computers and mobile phones have so far used a technology called IPv4 to identify each other for communication. Each device that accesses the internet is identified using an address much the same way houses have addresses. This address is referred to in as an IP address.

As for why this is important, there’s an increase in the number of internet capable devices apart from the vanilla mobile phones and computers that is: Surveillance cameras, televisions, home entertainment systems, air conditioners, the list goes on and on, and hence since an individual can have more than 1 internet capable device, the IPv4 addresses are not sufficient for the foreseeable future.

Alston explained to us that it comes down to future proofing their network and users because IPv4 will certainly not be compatible with new technologies that are designed to with IPv6. This is increasingly the case. While currently most technologies are designed to work on both IPv4 and IPv6, IPv4 users are one day going to fail to access IPv6 only services.

There’s been a global push for a migration of all networks to IPv6. You can see where countries in Africa are right now in the map above. All the whole world here. We covered local efforts by POTRAZ to push for this migration. Those efforts have resulted in a migration strategy document which Alston described as “probably the most comprehensive government v6 strategy document I have ever seen.”

As for how Zimbabwe got to be the leader in the IPv6 deployment, Alston tells us that Liquid Telecom has a large home fiber subscriber base, specifically ZOL is the largest FTTH provider within the Liquid network. They have however already started rolling IPv6 out in Kenya and Zambia should start in a couple of weeks.

“We are busy engaging in growing the home user market base in our other countries of operations. We want IPv6 down to the end user everywhere we are,” Alston said. He expects all their our home fibre subscribers across the continent to be IPv6 enabled by the end of the year.

On the corporate side and for mobile operators and ISPs that they wholesale internet to, Alston says they are already ready to provide IPv6 across the continent to any customer that asks for it.