The TECNO brand is a fairly new brand in the Zimbabwean smartphone market and it wants to also claim its share of the Zimbo pie.

Welcome everyone to the TECNO Boom J8, a pretty sleek looking device targeted at the full on audiophile given off by the ‘boom’ in the name.

The body comprises of metal frame sandwiched by a glass panel on its top and a matte plastic back cover which has a very soft texture that is virtually fingerprint proof and a refreshing look from the standard metal or glass backs quite common amongst a great many smartphones of this age.

To the box ladies and gentlemen!

People the unboxing experience is mind blowing. The attention to packaging detail is pretty satisfying and the inventory is pretty decent.

Pretty decent package though unfortunately our review unit didn’t come with the headphones.

The phone looks pretty sleek. It is 7.35mm thick making it a mere 0.35mm thicker than a Huawei P9. The device also has a metal frame with an uninterrupted piece of glass covering the 5.5 inch HD display. The clean design and its thickness give it a really sturdy feel and visually it is quite a good looking device. 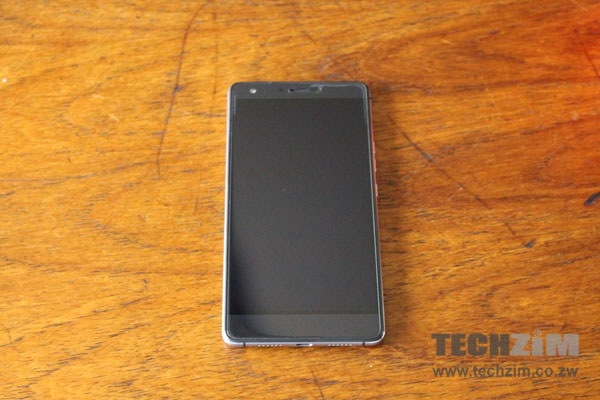 The display is a 720p HD panel spread over 5.5 inches which is quite a bit of a stretch and results in a slightly pixelated visual experience. This can be clearly visible when the device is less than 20 cm away from your face which will rarely be the case but in the age of Quad HD and Ultra HD displays a slightly higher resolution can’t be too much to ask for.

Viewing the display under the bright African sun can be a challenge as the display is pretty reflective.

Above the display is an earpiece and to its left is a  light sensor and a flash for shooting selfies even in pitch black darkness. To its right is the 5MP selfie camera and a proximity sensor. 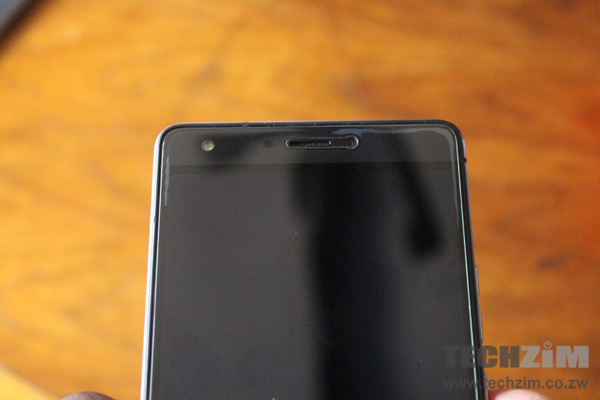 The bottom of the display looks blank at first glance but it holds the notification light which is a long strip that extends from one edge to the other.

The top of the device is home to the 3.5mm headphone jack whilst the right side houses the volume rocker and power buttons.

The bottom of the device contains a micro USB port flanked by grills on either side. The grills on the left side house the loud speaker and those on the right house the primary mic. 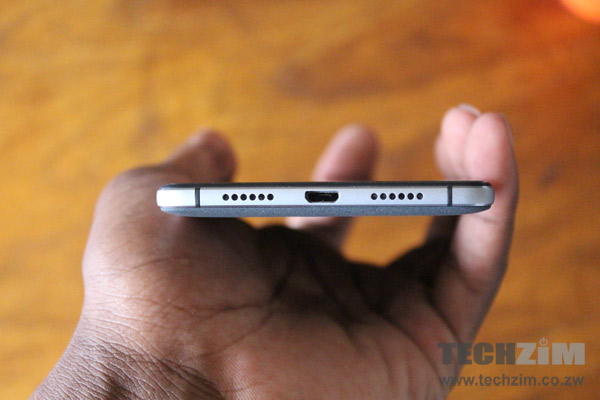 The back possesses a 13MP camera and a single LED flash with a nice textured finish. The back is removable but don’t get too excited as its only for accessing the micro sim and microSD card. The battery is bolted onto the device so no easy swap here.

The smartphone runs Android 5.1 Lollipop with HiOS on top. Switching through homescreens was not even a bother for the device. It comes with a wealth of customizations and themes as well as some nifty tricks.

You can answer a call by hovering your hand over the top part of the device. Pretty convenient when your hands are a bit on the filthy side but i wish the hovering feature could work for ending a call as well.

Pulling down the drop down curtain reveals a brightness slider, a row of 4 toggles and notification real estate. Below the row of toggles is an arrow that once clicked on opens up 2 additional rows of toggles.

The Boom J8 has a 13MP rear camera and a 5MP front camera. The rear camera support full HD video capture at 1080p and HD 720p video capture modes. A cool feature is it can capture slow motion video at a smooth 120 frames per second at a resolution of 640 x 480 pixels. this mode will be great for capturing action shots. 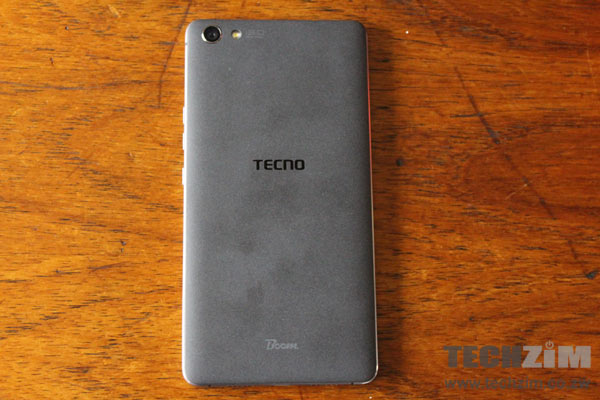 Image quality is pretty decent with a good amount of detail and sharpness. The dynamic range could use some improvement as bright scenes in the image are overexposed giving out a distracting glare.

From the name to the bundled headphones, the J8 is an Audio Centric device to the point where you can dedicate a whole home screen to just the music player.

The audio system incorporates a Waves MaxxAudio that ensures you get some oomph when listening to your favourite tracks. Now if you are not a music producer, a DJ or a legit audiophile try to avoid tuning the audio settings. The settings are just mind boggling and can be a hand full for the average user.

There is a presets section where you can adjust audio output according to the genre you listening to as well as the type of headset or headphones you are using. 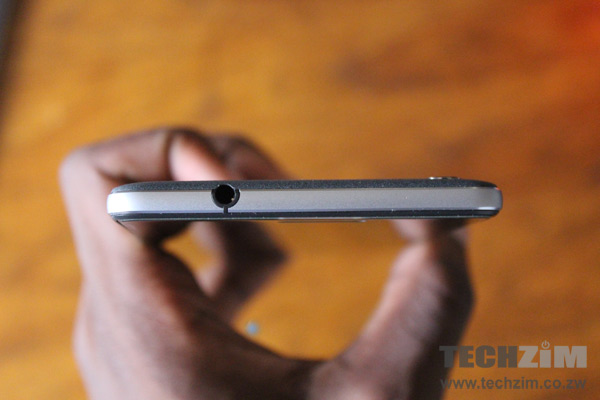 Audio output with headphones or earphones is pretty loud but I found the audio output needed more boom in the low end bass and it did suffer from quite a bit of distortion.

The loudspeaker however was an entirely different scenario with the Boom J8 delivering a good balanced sound output with minimal distortion and some pretty decent low end bass for a smartphone. At 73 decibels we would have loved a slightly louder output from this device though as it is a bit on the subtle side.

The TECNO is a dual sim device capable of dual 4G connectivity, bluetooth 4.0 and is Cast enabled for streaming your phone display to a smart TV. Unfortunately though no CDMA support here so if your secondary line is an Africom or Powertel line you might still need that dongle.

Audio quality during voice calls is pretty clear with good reception throughout. Noise cancellation is also present thanks to a secondary microphone dedicated to that.

The battery is a decent 3000mAh battery which keeps the device powered up for the greater part of the day under heavy usage. One thing to note is how surprisingly cool the device is. Under heavy usage it does get warm but it’s far cooler than majority of the devices on the market.

Unfortunately we could not perform our endurance test of the device as we had a limited time with it but as soon as we get an opportunity to have the device again we will surely update.

At its heart lies an octa core Mediatek MT6753T CPU ticking away at 1.3 GHz  and a Mali-T720 GPU dealing with the graphics. With only 1280 x 720 pixels to pump juice to, the GPU easily handles gaming with little trouble and because of the low resolution it is easier on the battery as well.

Putting it through its paces in our synthetic benchmark test revealed a respectable score of 31976 which is a good score for a mid range device such as the TECNO and it makes the smartphone perform smoothly during everyday use.

Its internals also include 2GB of RAM and 16GB of internal storage with a microSD slot good for an extra 128 GB of buffer storage.

Here is the full spec sheet

No doubt the TECNO is a music centric device and it would be cruel to have no tricks in that department.

You can change the functions of these letters in the settings menu and customize it to launch an application of your choice.

You can also take a screenshot by just sliding 3 fingers down the display. I have often seen people struggle with the button combination and experienced the frustration of locking the screen whilst trying to take a screen grab so this is a thumbs up for the TECNO. 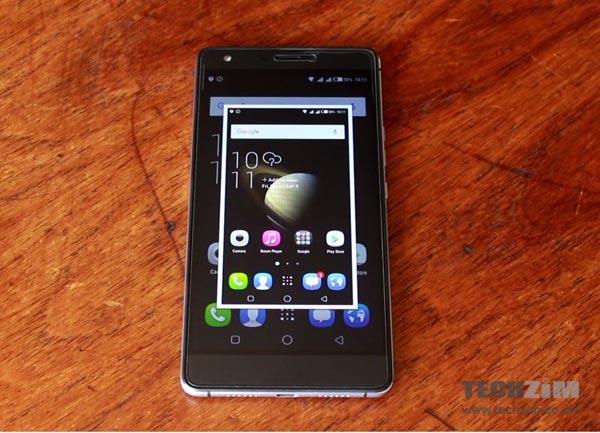 + Formfactor and design of the device it different yet quite exquisite especially for a midrange device. the slim profile is a pleasure to hold and the textured back makes the device pretty grippy.

+ The way the device manages its heat is pretty impressive. If not in use it stays at room temperature.

+ Slow motion video capture is a nice feature to have.

+ Very good sound from the loudspeaker with clear sound and some decent low end bass.

+ Music controls from a locked screen can be useful when using generic headphones.

+ Screenshot capturing tricks with a 3 finger slide down the display is a nice touch.

– Poor audio output when using wired headphones which is loud but is plagued with distortion.

– Sharpness of the display could be better.

The TECNO may have its shortcomings with the display and wired audio output but it is a mid range smartphone and a very good looking one too with a solid build. It has enough grunt to hustle through everyday tasks without any hiccups or heat ups and some rare and nifty features that are both fashionable and functional. 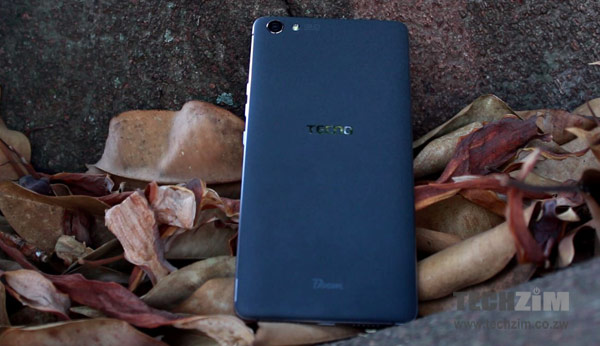 Pretty soon the Boom J8 will be retailing for $170 which will be a killer price for this device. Here you go music lovers. TECNO’s own pocket BoomBox.

*Review unit we had had a pre installed screen protector which offsets the actual weight of the device.