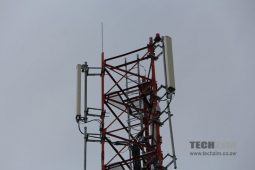 Between October 2015 and October 2016, the number of LTE base stations across Zimbabwe increased by 343% as Econet and NetOne, the country’s largest and second-largest mobile network operators expanded their mobile broadband coverage.

According to information provided by Zimbabwe’s telecoms regulator, POTRAZ, at the start of October 2015, there were 146 LTE base stations commissioned around the country.

This number has since swelled and at the most recent tally at the end of the third quarter of 2016, 647 LTE base stations were active throughout Zimbabwe.

Econet, the country’s largest telecoms provider holds the lion’s share with 497 stations while NetOne holds 150. Telecel, the smallest of the three networks is yet to start investing in LTE technology.

Considering how mobile broadband usage patterns show that we are consuming a lot more data through services and applications that require faster and more efficient networks the rapid rollout of LTE networks is a good thing.

Though most mobile broadband connections are still made through 2G and 3G base stations which are the predominant types of telecoms infrastructure in Zimbabwe, the increased investment in faster network technology means that all those services can accessed on faster connections made possible by the right infrastructure.