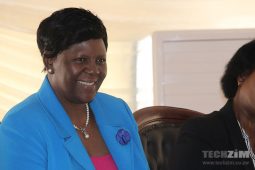 TelOne has renewed its Managing Director, Chipo Mutasa‘s, contract days before her current four-year renewable deal was set to expire on 31 December 2016.

The late announcement of its decision to renew the MDs contract had brought much speculation over the future of the MD post as well as the fate of parastatal as she has largely been credited with its turnaround strategy that as seen it turn into an internet company from its old voice traditions.

Most notably, under the MDs stewardship, TelOne became profitable recording an operating profit of $8,2 million and a net profit of $5,8 million for its 2015 financial year, a huge achievement for any type of company operating in Zimbabwe.

The MD was probably notified or assured of the renewal months prior to the announcement today. Renewing a contract days before expiry is not a normal practice in any kind of establishment and it leaves a lot of investors and partners in the dark over the future of the parastatal.