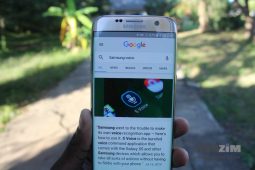 Zimbabwe’ internet penetration rate – a measure of the percentage of the population that connects to the internet – has been registered at 50.1%.

According to recent figures shared by the telecoms regulator, POTRAZ, at the end of the third quarter of 2016 (September 2016), 6,732,470 connections were recorded from all internet providers in the country, representing an internet penetration rate of 50.1%.

This was the same internet penetration rate recorded for the second quarter of 2016, signifying a slowdown in the growth of internet use among Zimbabweans.

The number usually records an increase as a growing segment of a previously offline population has been increasingly turning for the first time to internet-based services that include email, instant messaging, social media and e-commerce.

This rise was supported by a period of economic growth and stabilisation, investments in broadband technology from internet providers which expanded internet access, as well as the suspension of duties on mobile devices which led to a rise in mobile phone use.

Earlier this year the Minister of ICT Supa Mandiwanzira highlighted that the government is targeting broadband access for 80% of the population by 2020.

With an economic funk that’s set to persist for an uncertain period, a slow response to calls for more affordable data pricing which would make broadband less of a luxury and issues like the burden of import duties on devices, this figure might be out of reach.

That is unless the government takes deliberate actions to promote internet access either through a firmer stance on broadband pricing, encouraging smartphone access through policies like device rebates and expanding public access to broadband facilities in areas where this hasn’t been prioritised.

This sort of approach would accelerate broadband use and introduce a greater part of the offline population to the opportunity of the internet.