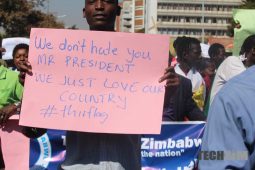 Econet’s latest statement on the controversial mobile data tariff increases wasn’t just a scathing attack on the Minister of ICT – It also disclosed how the government was concerned about social media abuse and believed that it was being helped by lower data tariffs.

In its statement, Econet gave a background to the suspension of all data promotions in 2016. This happened when the telecoms regulator, POTRAZ, refused to renew all promotions. According to Econet,

All these promotions had the effect of offering reduced data prices and free data in some instances to our loyal customers. We applied for an extension of these promotions. Our Applications were declined on the basis that a new Regulatory Framework to govern promotions would be introduced in mid-August. This ban on promotions was implemented against a background of Regulatory concerns over the perceived abuse of social media that we were accused of contributing to through our low data tariffs.

The issue of social media abuse was topical in 2016, with online activism gaining prominence through campaigns like Evan Mawarire’s This Flag movement and #Tajamuka.

Through the extensive use of online videos shared on Facebook, YouTube and WhatsApp, these online activist campaigns were significant contributors to the success of mass actions like the stay-away organised and held on the 6th of July in 2016.

On the day of the stay-away, the entire country experienced a WhatsApp blackout that lasted for a few hours while people accessing the internet through TelOne, a State-owned telecoms operator, also had a complete loss of service for 4 hours on the same day.

The blackouts were widely believed to have been a result of a directive from the State which was trying to contain political unrest by limiting communication. The government denied these claims.

In the period after this, more stay-aways were planned and citizens were mobilised through messages sent via social media. The government, through various State-affiliated entities like POTRAZ and the army, issued a series of warnings regarding social media abuse – which was generally interpreted as using it to incite political unrest.

All this added to the impression that the government viewed the internet as a threat. Now, through its statement, Econet has confirmed all this, turning into reality any assumptions that people might make about the State’s hand in limiting internet access to control the masses.