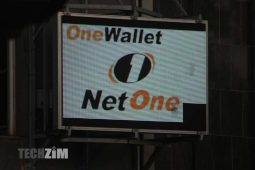 For years, NetOne, the Zimbabwean mobile network operator has struggled to grow OneWallet, its mobile money service and information that’s been shared so far indicates that the service hasn’t been profitable. Now, NetOne wants to change that with a new platform and yet another service relaunch.

Responding to a question from the Parliamentary Committee on ICT regarding the status of OneWallet, NetOne’s CEO, Brian Mutandiro, mentioned that they had acquired a new system through a different technology partner.

NetOne worked with an outfit called Gemalto for its current system but according to Mutandiro, they will be working with a new solutions provider, specifically the same vendor used by Safaricom’s M-Pesa. Reports on M-Pesa’s platform show that in its last platform migration it adopted Huawei’s G2 Platform.

Mutandiro also highlighted that OneWallet would be relaunched in March 2017. This is going to be the second relaunch of the service which was first unveiled in early 2011 before being relaunched in late 2013.

The 2017 OneWallet relaunch comes as NetOne is working on establishing itself as a market leader by growing subscriber numbers, developing a product line-up centred on broadband provision and establishing consistent profits.

All these plays aren’t easy and are quite ambitious, especially in a challenging economic environment and as telecoms face the decline of their star revenue driver – voice communication.

In Zimbabwe, mobile money services have emerged as an important hedge against this, earning strong growth numbers and creating new over the top service lines for consistent players like the local telecoms leader Econet Wireless with its successful EcoCash service.

This good run experienced in mobile money services has been extended by the illiquid environment which has made cash alternatives like mobile money a viable solution for people in a forced “cashless society”.

These factors, plus a new platform that doesn’t prompt subscribers to buy a new SIM card just to send money, might give OneWallet 3.0 a fighting chance and help NetOne capitalise on its growing subscriber base.

However, the product development and marketing teams are going to have to do more than just copy and paste, something that didn’t work with the last attempt at relaunch.

One thought on “NetOne acquires new platform for OneWallet mobile money service, will relaunch it in March 2017”