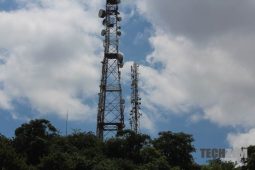 NetOne and TelOne, two State-owned, Zimbabwean telecoms operators have been directed by the government to jointly implements their individual network expansion projects.

The Sunday Mail reports that this was shared by TelOne corporate communications manager Melody Harry who also highlighted the merits of the shared infrastructure approach which was gazetted by the government in 2016.

As part of its US$98 million network expansion and upgrade project, TelOne is expected to focus on the extension of its backbone transmission infrastructure as well as data centre facilities in Harare in Mazowe.

NetOne, which is the country’s second-largest mobile network operator is also in the middle of an infrastructure project financed to the tune over US$200 million. The second phase, set for completion in 2017 expands NetOne’s 4G/LTE coverage through a nationwide rollout.

Both NetOne and TelOne’s projects have been made possible through facilities created by Zimbabwe/China relations and funded by the China Eximbank. Chinese telecoms giant Huawei is handling both projects.

A mash-up of the two projects not only complements the infrastructure sharing objective which the government has been aggressively pushing for over the past year and a half (shared infrastructure reduces network rollout costs, expands coverage and enables nationwide network presence) but it is also expected to promote efficiencies.

The understanding here appears to be that a well-managed network rollout from both NetOne and TelOne, followed by joint use of the same resources expands the value for subscribers who can expect one operator’s project advancement to benefit everyone in each area covered.

There’s also the reality of the owner of both companies wanting to make the most of this. The Zimbabwean government, which is NetOne and TelOne’s principal, will have to maximise synergies between the two as the debt accrued for the network projects is guaranteed by the State itself.