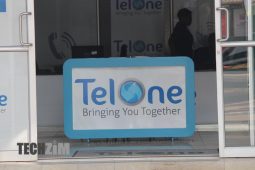 Zimbabwean fixed telecoms provider, TelOne has already started work on its US$98 million network modernisation project and over the next one and a half to two years it will be upgrading its exchanges and entire network to offer its subscribers better services.

The project, financed through a US$98.6 million facility secured from China through the China Exim Bank was negotiated with China through TelOne’s owner the Zimbabwean government. It has taken a while for the project to actually take off with the contract for this network upgrade having been awarded to Huawei back in 2010.

In a statement released on the National Broadband (NBB) Project, TelOne highlighted how the upgrades to exchanges under the project would be accompanied by new area codes and phone numbers for its subscribers.

According to the information provided by TelOne, the project will have a bearing on quality of service delivery through improvements to areas like its billing system, the quality of voice calls, faster internet speeds, toll-free services and interactive voice response services.

In terms of infrastructure, the project’s first phase which started in late 2016 is expected to upgrade links between cities and towns, specifically an upgrade of the Bulawayo-Victoria Falls link,  the Mutare-Harare-Bulawayo-Plumtree transmission and the Harare–Mutare network.

Other infrastructure upgrades include the setting up of Data Centres for Harare and Mazoe, the core network upgrade and the deployment of a prepaid billing system.

There’s also the promise of a wider product lineup through bundled services, an integration of voice and data services under one account and social media bundles.

TelOne is betting heavily on this project to lead its efforts at gearing itself as a solid competitor in a broadband space dominated by active mobile network operators. With any luck it just might achieve that, shaping it into a converge services network that can offer increased competition which benefits consumers.