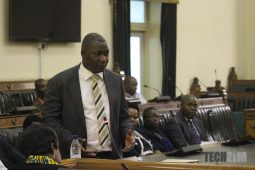 The Zimbabwean government used money from the Universal Services Fund (USF) to partly finance its acquisition of Telecel Zimbabwe.

This information was shared by the Minister of ICT, Supa Mandiwanzira in an evidentiary hearing with the parliamentary committee on ICT held today.

Responding to a question from the committee led by Nelson Chamisa, Mandiwanzira highlighted how the Universal Services Fund (USF) is established as a trust which has the rights to operate as a legal entity that can take part in any investments including equity investments in any company and even buy shares in listed companies like Econet.

Mandiwanzira pointed out that it wasn’t unusual for the USF to be used for such purposes including diverting US$10 million towards investments in local companies.

The Universal Services Fund (USF) is a pool of financial contributions made by all telecoms operators in Zimbabwe which is collected and managed by the telecoms regulator, POTRAZ.

Operators contribute a percentage of their gross revenues towards the USF with the understanding that it will be used to facilitate investments in areas such as remote parts of Zimbabwe where operators might neglect their efforts because of weak business cases.

The questions on this transaction were raised to gain clarity on the case of government’s investment in the acquisition of a mobile operator through funds provided by its competitors.

During the evidentiary hearing, Chamisa also questioned if there was a case for the fund to be used in the investment of licensed entities in telecoms, something which Mandiwanzira reiterated as being justified in terms of the fund’s investment obligations.

The Minister’s statements are likely to be referenced by local mobile operator Econet Wireless as an example of unfair practices. Econet has repeatedly taken POTRAZ and the government to task over the use of the USF and has also pointed out that it could likely be the only operator paying towards the fund.

In 2016 Econet sued POTRAZ for US$132 million and as part of its legal challenge, it asked for audited records of the USF.