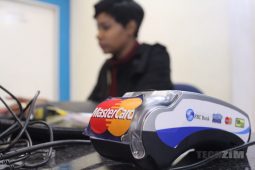 Local financial institution, FBC Holdings, made $21.9 million after tax profit in 2016, according to the company’s financial results announced yesterday. The bank joins other banks in presenting very positive financials for last year, despite harsh economic conditions for companies and consumers especially around the lack of cash at banks.

The group chairman, Herbert Nkala, however said in the announcement that the economy had “continued to exhibit signs of weakness, principally on account of low domestic  production across key sectors”. As a result, he said, the group had to revise growth projections down to 0.6% in 2016.

On Bond notes, Nkala said that the introduction of the currency had “positively changed the dynamics of cash and demand supply in the country”. It’s hard to understand what this means, or at least it’s hard to see it from the customer perspective. Cash is still a problem in Zimbabwe.

What’s easier to see and understandable is that the unavailability of cash had resulted in more electronic transactions in Zimbabwe, and Nkala does say this too, attributing it to a reduction in demand for cash and an aggressive marketing of plastic money by the industry.

That, plus the use mobile and the internet to transact resulted in a surge in electronic transactional volumes for the group. The group’s chief executive, John Mushayavanhu, said FBC made $25.9 million in fees and commissions income in 2016, a 24% increase from the previous year. That amount of fees & commission is 28% of the bank’s total income for 2016 ($93M).

FBC also announced that they are adding VISA to their most loved product type by those of us that transact online; a prepaid card. “In addition to the MasterCard offering, FBC Bank recently launched the VISA acquiring platform,” said Nkala. This means they now have all three acquiring platforms in Zimbabwe; Mastercard, VISA and the local ZimSwitch, which by the way is going regional.

Ofcourse the bank’s Prepaid Mastercard has been negatively affected by the unavailability of USD cash locally.

There’s not much in the results about how well mobile is doing for the group. We couldn’t find anywhere in the results where the USSD based Mobile Moola transacting channel is mentioned. The bank’s mobile app is mentioned under “Product Development”, with the comment that it has significantly improved product access and convenience.

We hope to learn more about these in the coming days.

Unfortunately there’s no soft copy of the results online. The last financial results posted on the company’s Investor Relations section are from 2014.