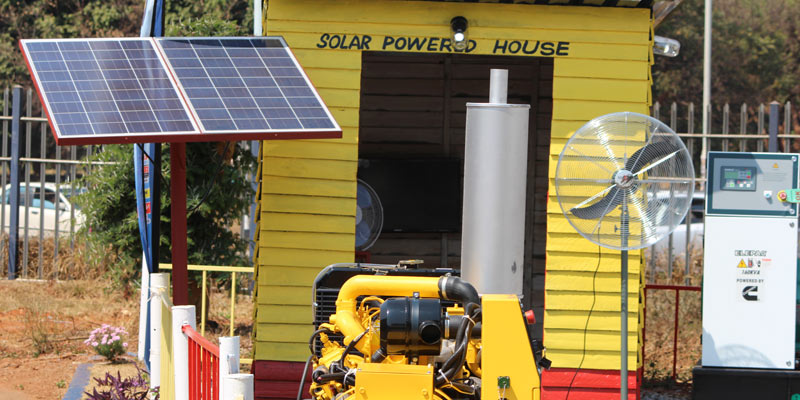 The Article below is a sponsored article with content supplied by Clamore Power. Please see our policy on sponsored stories.

The Solar Charge controller or regulator is placed between the battery and the solar panel, and in DC systems also between the load and battery. This critical component can be defined as a device that prevents the solar panels from over-charging the battery when it is full of charge, and also serves to protect the battery from being dangerously over-discharged by the loads attached.

The charge controller basically takes the erratic raw power produced by the solar panels and attempts to make it smooth before passing it onto the battery for storage.

Regulators differ on how well they all perform these stages of charge. The cheapest regulators may not deliver on these stages and subsequently shorten the lifespan of your batteries.

Now controller/regulator size. The design of your system including battery bank size, size of solar panels to be used, and even the power to be used, will determine the size of your regulator. Let’s look at an example below.

When calculating regulator size, you will need to remember the maximum system voltages as follows:

Simply add up the size of your solar panel array and divide the number by the system voltages peak volts. For example a 12 volt system peaks at around 15 volts DC. If we took a total system solar panel size of 200 watts the regulator/charge controller size will be as follows:

There we go, not so complicated right? When purchasing or selecting a regulator, please take some time to learn more about the types of regulators available and fully understand their weaknesses and strengths before making your final decision.

The most common types of available charge controllers are as follows:

As Always, if something got lost as you read the above, please read through again and if it still is incomprehensible, send any queries which can be answered directly to you to tech@clamorepower.com. Believe me, even the simplest question is a pleasure to deal with. Your questions will also assist me to communicate this science of power better. You can also visit our FAQ page for more information.