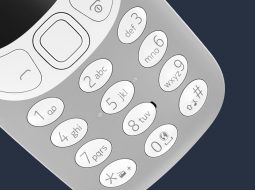 When the Nokia 3310 was a big deal in Zimbabwe, back in 2003, I didn’t have a phone. I had never owned one. I was in college and couldn’t afford a phone. But this was one phone model I knew about.

We all know about the Nokia 3310. It was one of the two most fashionable consumer items I remember from that time.

Eventually of course I could afford a mobile phone and I bought one with my first salary. A Nokia. Not the 3310 unfortunately as the price thing was still a thing. It’s a model whose name I have forgotten. The other brands of those days; Samsung, Alcatel, Motorola, Ericsson all didn’t feel as solid as Nokia. The Nokia 3310 was a special phone.

I remained a Nokia user until the smartphones took over and I started using Google devices. A lot of people did. They migrated from Nokia to smartphones. The guys that made dependable phones had decided to not be part of the future.

It’s easy to see the new Nokia as just a company trying to sell whatever they can using a once great brand. It may be true. But there’s an even bigger opportunity than selling a 3310 because people used to love it.

The opportunity is less about the 3310 and more about bringing the Nokia brand back into the arena. The consumer needs to start talking about and considering Nokia again. To understand why, look at this chart of Google Trends from 1 December to now which looks at the trend of interest people have in the Nokia brand compared to other smartphone brands; iPhone, Samsung, Lenovo, Huawei. The interest in Nokia is shown by that orange hockey stick on the bottom right 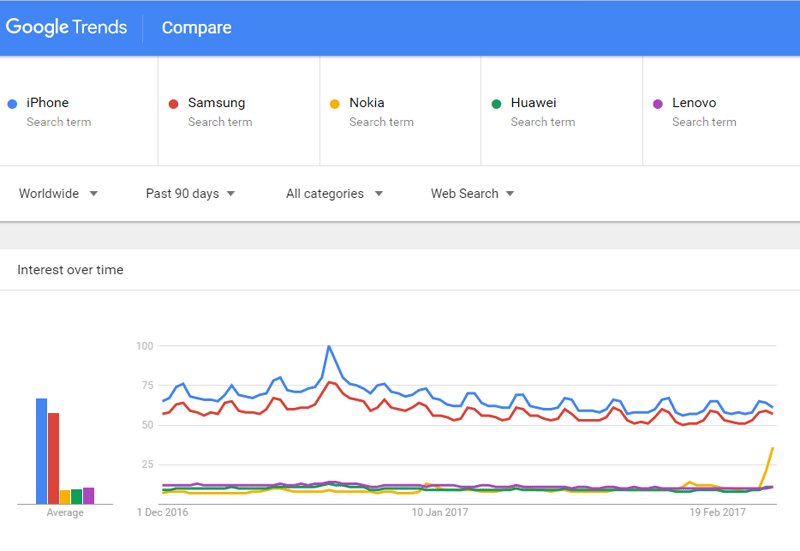 Looking at that chart above, it’s tempting to think that the Nokia brand has so much value any mention of it returning is what would result in that hockey stick interest. Tempting but that’s not what happened here. The nokia brand was mentioned a couple of times actually before the announcement of the 3310 without any meaningful rise in the interest of the brand.

On 1 December last year, Nokia announced that they were back and would be selling Nokia branded smartphones. In terms of the internet interest in Nokia, it was the case of a tree falling in the forest with no one around to hear it. In early January this year Nokia announced some new Android phones. The tech blogs covered them. But no one cared. Nokia remained a faded forgotten brand.

Nokia needed to do something drastic. They needed nostalgia and emotion that makes people talk and long for. They needed something that doesn’t make sense so we would argue with each other. If the 3310 made perfect sense as a modern phone – that is if it was just one of the thousands of Android smartphone models on the market – nothing (even the Nokia brand) would make the Nokia android special enough for consumers to be interested.

Some mindshare however, which so far it looks like they are getting lots of, means when consumers replace their phones, they’ll consider a Nokia. And if there happens to be a current Nokia that’s good enough, like the Nokia 6 is, we might buy it.

So, ultimately, it’s not a big deal if the 3310 itself doesn’t sell very well. In fact, it’ll probably not sell well because dumb phones are now going for about $20. And that’s the price in a Zimbabwean shop, after the government, importer, wholesaler, and retailer have added layers of cost to it.

Even before people can buy it, and after people don’t buy it, the Nokia 3310 has done its job.