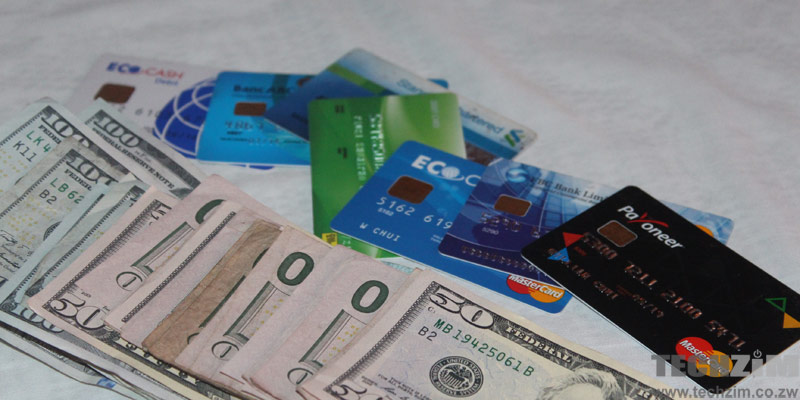 Over the last couple of months a lot has been happening on the money side. Techzim has covered it extensively here but still we’re yet to see someone take time out and spell it all out for us – this is me doing it for myself and hopefully one, maybe two people will benefit.

The Reserve Bank of Zimbabwe has of late not been considered a “friend of the people”, some have mentioned that the pre-2008 era eroded what little trust we had in the banking system and just when we were getting back into the groove, they decided to pull a ‘bond note‘ on us. I’m no financial expert, so I won’t try and delve into what the introduction of the bond note did to the banking system.

As of today, 9 March 2017, Zimbabweans have adapted to what is there (“totamba nezviripo”) and as such there are now a “number of currencies” that are circulating in Zimbabwe.

1. US Dollars/Foreign Currency outside Zimbabwe

As we are a net importer of goods as a nation, almost every business wants to buy their stock from beyond our borders and bring it here to sell. Yes, this is not the best way and we should as a nation be working towards reviving our industries and producing local. That’s what SI 64 of 2016 was all about, but I digress.

Any money that is outside Zimbabwe already and able to buy goods there is valuable. People are being known to pay a premium for it (and no, don’t inbox me asking me the rate and if I can hook you up). If you are outside the country and have some funds that you want to send here, be sure to check with friends and family whether they’d prefer for you to buy some stuff for them instead and they settle your bills here in return. Those who legally know, please advise whether this is what is classified as “externalisation”.

2. US Dollars/Foreign Currency inside Zimbabwe

The age old adage goes, “cash is King” – this is so true when you have ‘hard currency’. Again pointing to how most businesses need to import and them needing to do this in forex. Apparently, if you are paying in ‘hard currency’ you can negotiate for a 15-30% discount, depending on the amount of purchase.

However, note that this discount can not be sought at more established businesses like Supermarkets, mobile networks, Government offices. But what I hear people do is they look for someone who wants US dollars and they check if they’re willing to sell their bill for 15-30% less in cash. RBZ has been clear that this is illegal. So, no, don’t do it!

For those of you who are not too familiar with what this may be, it’s like our own currency, that only works in Zimbabwe and is valued at the same rate as the US dollar. Yeah, we’re powerful like that as a nation!

I’m not going to tell you about how it actually gets you more US dollars, but as this is cash it’s way easier for it to be converted to US dollars (which need I remind you is what is used to buy outside the country). Some fuel retailers are offering a discount when you pay with ‘cash’ and they also classify bond notes as cash, so it’s best to ask what kind of a discount they’ll give if you pay using them. The RBZ has warned against these type of discounts even though businesses are offering them openly so it’s a bit confusing.

As the banks are limiting how much each of their customers can withdraw on a daily basis, I’m sure if your payment is north of $200 the receiving party will be willing to extend some kind of a discount.

Though this is money in the “banking system”, they are valued more as they are quickly transferable to someone else – almost instant. As Zimbabwe is a more informal economy, people want to buy their goods and be on their way, so sellers will prefer money from any of these sources that will allow them to get paid instantly and be on their way.

For those of you who are not sure of what ZIPIT is, Techzim wrote an article some years ago (information still holds true), but essentially it is a way to instantly transfer money from one bank account to another (provided both banks are on Zimswitch).

Having money in a bank that is connected to Ecocash is great too, as you can instantly move your money from that bank account to Ecocash and pay whomever it is that you need to. Oh and you can make a $200 payment online as well using your Virtual Card Number.

Having the same bank account with your supplier is critical too. This will allow you to make payment and for it to instantly reflect into the account of the seller, which most small businesses want, as opposed to you making payment then they are left chasing after ‘reference numbers‘ to chase up their payment. How do you know which account to open that most of your suppliers will have? You don’t, at least I didn’t and have been ‘forced’ to open a bank account with almost every bank.

5. Money in banks that don’t connect to ZIPIT or Ecocash / Different banks to your supplier

At one stage the ‘international banks’ were a prized lot. We looked at them with envy. Would try to open accounts with them but be told, in a boastful voice: “sorry we’re not opening new accounts at the moment”. Imagine that.

Well, from what I’ve seen and experienced they’re not so glamourous anymore. Ok, maybe me pacifying myself because they refused me an account, but still.

Having an account that is not integrated to ZIPIT or Ecocash can be problematic for when you need to make instant payments – you have to promise someone 24-48 hours for their payment to reflect. Most businesses, to safeguard themselves, tell you that you can only take possession of your goods “once the money reflects” in their account.

This has not been an article to try and tell you which is the best bank account to open in Zimbabwe, but for those that are interested in knowing how money/cash is flowing in Zimbabwe and for you to have a better understanding when making a payment (or receiving one).

Do you know of other “types of money” that we’re using in Zimbabwe? I’ve clearly stayed clear of Bitcoin, but you can read about them here on this “Things to know” page that we’ve created.