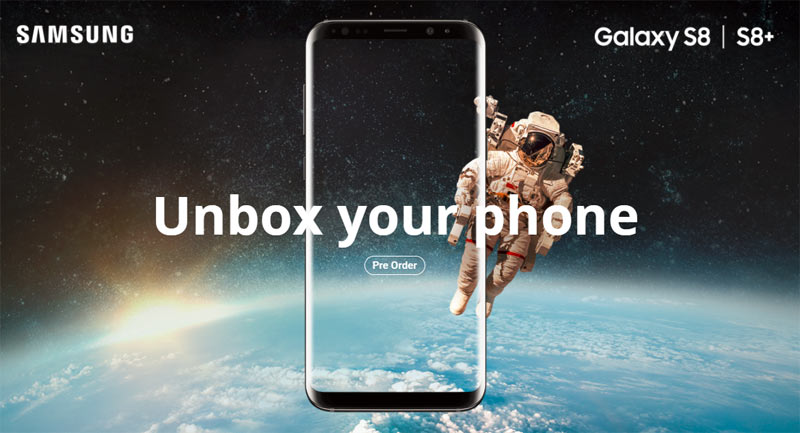 Samsung Zimbabwe has just announced that the Samsung 2017 flagships, the S8 and S8+ are now available for preorder.

Globally, Samsung has been able to go live with preorders of the phone within a month. The phone went live for preorders in the US and other key markets on 30 March. In Africa, preorders went live starting 19 April.

Samsung has said the phone’s preorders are going faster than the company’s S7 and S7 Edge last year.

To pre-order the S8 and S8+ in Zimbabwe you can go to unboxgalaxy.com/zimbabwe where you will be able to choose where you want to buy it: either at Econet or a Samsung Brand Shop.

Unfortunately, there’s no local pricing information yet available, but it would be safe to expect to part with at least US $1,300. In the US, the S8 is starting at $720.

Pre Orders are closing on 3 May shortly after which you can expect to be able to buy the phone.

We’re looking forward to reviewing the phone ourselves in the coming weeks. But before that, we contend with the opinions of some top reviewers that have taken the phone through the paces.

The S8 and S8+ have been praised for “a beautiful design, a wonderful feel in the hand, a fine camera, good battery life, and a great display”. The company has however not been praised for apparently playing it safe with the 2017 flagship, apparently in a bid to stay away from the disaster that was the Note 7, a phone that was eventually discontinued.

Feature wise, here’s what to expect: