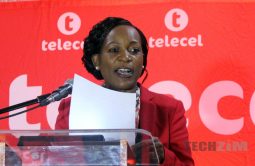 Telecel Zimbabwe will be rolling out LTE data services in the 3rd quarter of this year.

The announcement was made by ICT minister Supa Mandiwanzira at an event to mark the revival of Telecel as a brand and telecoms player in the market.

Telecel, which is now owned by the government of Zimbabwe, is the only mobile operator which has not introduced LTE data services in the country.

Econet and NetOne (also owned by government) introduced LTE in 2013 and 2014 respectively. LTE is a 4G technology that offers faster internet speeds than 3G.

Telecel was hindered by the lack of capital to invest in new technology, itself caused by the shareholder problems and eventual takeover by the government.

With the takeover now complete, Telecel is expected to be more visible in the market and hopefully to attract new money for infrastructure. The CEO of the company, Angeline Vere, declared at the event today that her company is strong and that its stakeholders should look forward to a solid future.

7 thoughts on “Telecel to launch LTE”