If you have been to East Africa – and most people I know have been there for one reason or the other – you know that very much unlike other parts of Africa where people pride themselves on being fluent in English and French, Swahili is what you’ll mostly hear. And you’ll be expected to speak it too.

Swahili is the most widely spoken African language. It’s said to have more than 11 million people that speak it as a first language and some 120 million secondary speakers.

So, when I saw that Duolingo has added the language, I was thrilled. Finally I can learn it! And unlike French (I’m 12% fluent in French now, thanks to Duolingo) which I don’t have much opportunity to practice with real people, there’s high possibility I’ll speak Swahili at some point every couple of months or so in Africa.

If you love learning new languages and have somehow never heard of or used Duolingo, I can only say go to duolingo.com right now, and you’ll thank yourself!

You can also download the Android app if that’s what you prefer. I recommend the mobile app. Either way though, it’s free.

Duolingo promises that just using it for 10 minutes a day will improve your level of speaking a language drastically in a relatively short period. Say a month or 2. The company says its ultimate goal is “to give everyone access to a private tutor experience through technology” and how it feels using the app is very close to this.

Here are some screenshots of the app: 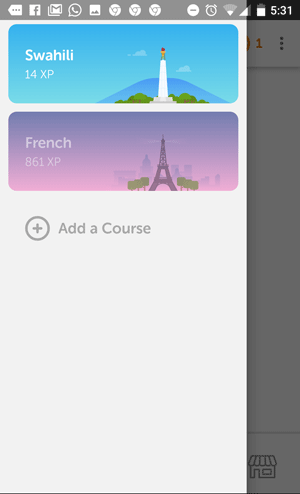 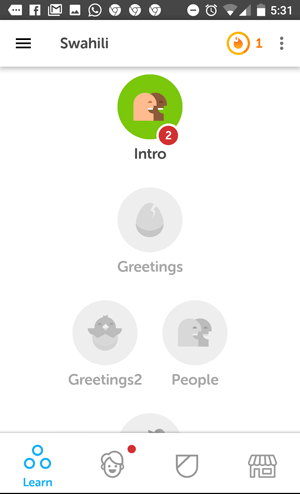 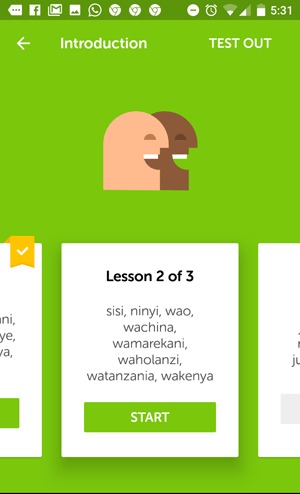 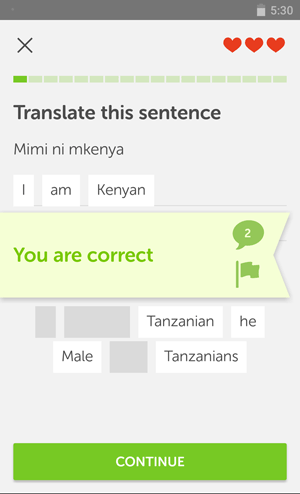 One thought on “Want to learn Swahili? It’s Hakuna Matata with this app called Duolingo”