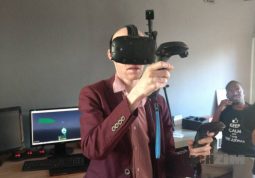 Just like artificial intelligence, machine learning and deep learning; the terms virtual reality, augmented reality and mixed reality have been used a lot in the tech space. Whenever you see something being mentioned a lot or being done by a lot of the major tech companies, it must mean something more than just playing around. So what is it all about?

From physical to virtual reality

Ever since games became popular, people have dreamed of being in a different world and still experiencing the same realness as that of the physical world. To achieve that dream, smart people invented a way to create three-dimensional computer-generated environments that could be explored and interacted with by people. This is now known as virtual reality (VR).

If you’ve been to arcade game centers like Fantasyland in Harare, you’ve seen a motorcycle racing game where the player actually sits on a motorcycle model. For the motorcycle game to be considered near to our reality, it could include motion, sound, and maybe cover your field of view so as to make you feel like you are actually racing on a motorcycle.

We’ve come a long way now and due to advancement in technology, people can experience virtual reality right from the smartphone in their pocket at a relatively cheap price. As amazing as virtual reality is, it has one major problem, it takes us away from our physical world and places us in a new reality. This means that any time that you want to experience it, you have to set aside some time for it and be in an ideal location otherwise you may find yourself hitting a wall because you cannot see anything in the real world while in the experience as you can see in the picture above.

Why couldn’t we just build on top of the physical reality?

It’s possible that someone wondered the same thing too.

So augmented reality (AR) was then invented to answer a question like that. Now AR is not a replacement of VR but just a different way to interact with virtual life-like objects while still being aware of the real world around us. Imagine you’re a landscape designer, you go to a client’s house and see what their landscape is currently like and also get ideas of what they want. After the initial meeting, you go to your office and sketch a design but the client cannot visualize it on their property when you show it to them.

With AR, you could easily overlay your design of the new landscape onto the client’s property and they could view it in real time on your smartphone or tablet. This allows the client to request changes before they have been made on their property especially if they could be permanent ones.

As good as AR is, it still falls short as you can only interact with the virtual objects through a device like a phone. You can’t just directly grab them with your hands as you would do with physical objects.

Let’s mix the virtual reality with the physical

Great technologies come from ideas that sound as impossible as that.

Continuing with our landscape designer example, imagine now if you could make changes to the design with the client by moving them to where the client wants. This wouldn’t be as easy as it is now without mixed reality (MR). Like AR, MR places virtual objects onto the physical world but now you can interact with them just like any other object in the real world.

Unlike VR, MR doesn’t block your field of vision so you can still see the real world object with the virtual ones together. Smart people have created glasses that can make that possible and all of it is possible because of the incredible computing power that we now have access to. Recently, some members of our team got to experience MR through the Microsoft Hololens and from what they told me, it is mind blowing. You can also watch this video from Microsoft to see what it’s like. 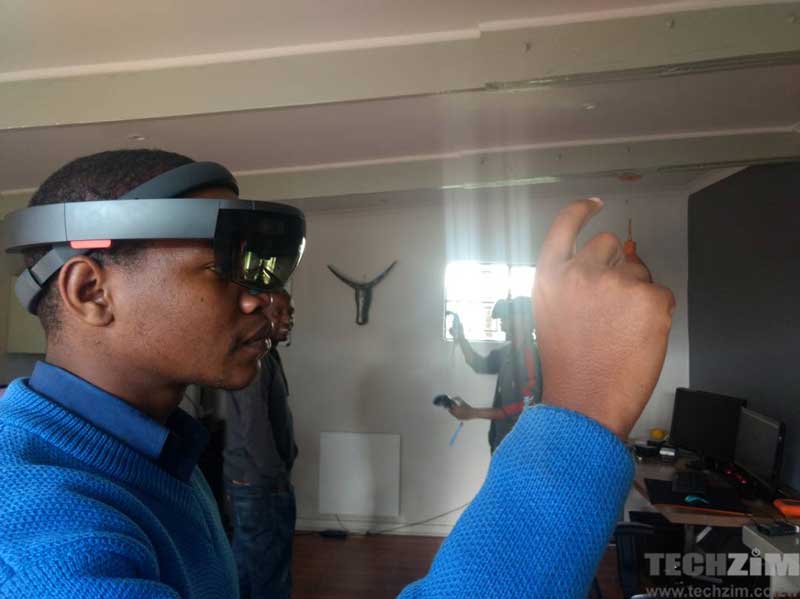 So what does it all mean?

Mixed reality experiences are still far from being available to everyone as the glasses are still expensive. For example, the Microsoft Hololens costs $3000 or $5000 depending on the model in the US so it could be double that price when it’s being sold locally.

However, as technology advances, devices will become faster, cheaper to manufacture and smaller. So it’s just a matter of time until they become an everyday thing like a smartphone. On the other hand, virtual reality and augmented reality are accessible to people already so there are business opportunities in those technologies for creatives and innovators.

This means that Zimbabweans should start looking at these different emerging technologies instead of running away from them. Far too often, people just end up shelving ideas because they don’t understand the underlying technology that will power the solution. Or worse, they never have that idea because of the fear.

You don’t have to do it alone hey, someone out there understands the tech, so collaborate with them and use any of these different realities to improve education, health, real estate or even the clothing and furniture industries. The sky is the limit when you start working with such amazing technologies.

Our team managed to get to experience all these thanks to Simon de Swardt who has a studio that has these different technologies.

One thought on “What is virtual reality, augmented reality and mixed reality? – Let’s take a look”