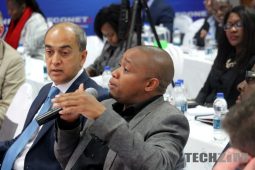 One of the key issues discussed at Techzim’s just ended Broadband Economy Conference was that of Bundles for third party sites & apps, Zero rating and net neutrality.

After a net neutrality discussion at previous Broadband Economy Conference had established that the telecoms regulator, POTRAZ, didn’t consider net neutrality a critical issue, we decided this year to bring the leaders of mobile network operators, internet providers and the regulator to focus attention on why this is an important matter for the growth of broadband economy locally.

On the panel this year was Fayaz King, COO at Econet Wireless Zimbabwe, Winifred Musangeya the Director of Technology at Telecel, Lawrence Nkala the Director Infrastructure & Wholesale at TelOne and Vusi Ndebele, the CEO of Webdev Zimbabwe, essentially. Potraz, the regulator, was on the panel, but pulled out at last minute.

The topic was “Affordability, Zero Rating, Sponsored Data, Bundles and other business models“. There are two sides to this discussion.

The first is that the zero rating and bundling of apps and websites is something that’s already happening. All mobile operators for example offer WhatsApp bundles and those for other social media. In addition, some operators, Econet for example, offer zero rating for their own internal websites such as the classifieds website Ownai. Operators have also zero rated websites they consider important to internal initiatives, such as the zero rating of globaleducational websites & Wikipedia by Econet for EcoSchool purposes.

Essentially, zero rating has been been possible only for extremely popular social media sites, or for the purposes of MNO’s own sites & apps.

The key questions at the conference were on how the telecoms companies can let other businesses pay for people’s use of their data services. Essentially open up zero rating and bundling to third party businesses. This would solve the problem of the affordability of the internet.

The other side to the discussion is the net neutrality angle. Clearly, bundling and zero rating are against the principle of net neutrality – that is, treating all traffic equally. There are critical reasons why net neutrality is important and we have covered them in previous articles here on Techzim in detail. There are even alternatives to ensuring that the internet remains neutral and affordable at the same time.

At the just ended Broadband Economy Conference, what was clear from the discussion is that net neutrality is still not a priority for both the operators and the regulator. Opening up the existing bundling and zero rating to third parties is also not a priority, and it seems this is for competitive reasons. As voice revenues decline for the operators, they are introducing their own web and mobile apps to compete in that arena.

Econet’s Fayaz King, who spoke about his company not identifying itself as a telecoms company but one that plays in various arenas, generally said that while currently their products have preference in terms of zero rating, if third parties had products that advance the Sustainable Development Goals (Econet holds these important in product design he said) and are serious enough to operate at the scale of a company Econet’s size, they are ready to engage. Essentially, it’s not an open platform but one that depends on a case by case assessment by Econet.

Telecel’s Musangeya said that they are clear the current bundles they offer are a violation of net neutrality but that it’s not something they are generally considering a priority in terms of business models available to them. She also indicated that it would be a priority if the regulator also had it top of the list in advancing the broadband economy. Like Econet, she said that any partnering app and website owners is on a case by case basis depending on potential benefit to Telecel.

TelOne’s Nkala said that TelOne is currently the most open platform as it has no bundles and doesn’t discriminate against or for certain sites & apps.

The general feeling after the discussion, especially expressed by Webdev’s Vusi Ndebele, was one of frustration that an issue that would likely improve the usefulness of the internet for both subscribers and businesses, and grow the cake, is still not prioritised.

You can watch the panel that discussed the issue here below:

You can also watch the rest of the videos from the day here: techzim.co.zw/bec