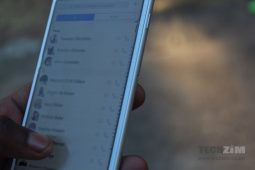 Over the years, our socialisation skills and tendencies have changed. As we have all witnessed in this age, social has been translated to digital and no doubt the internet is playing a significant role in all that.

Now you can literally follow through people’s lives through social media. You can know where they traveled to, what they had for breakfast, who their friends are, what and who pissed them off or made them happy etc and the list goes on and on.

In fact, it has gone to the extent that sometimes when applying, one has to add their social media handles, even for an American Visa. This however by no means really means that people are always telling there truth on there, but in one way or the other, it can help you figure out the character of a person.

So it is because of this realisation that social media giants such as Facebook and Twitter are moving from just facilitating mere posts to getting deeper into trying to help people on a ‘personal’ level. They have taken advantage of the fact that their platforms have evolved from just being entertainment platforms into platform that actually reflect the lives that people are living…

Facebook in particular is interested in curbing suicide by scanning users’ posts for signs of suicidal thoughts using Artificial Intelligence (AI). Early this year, the service was only able to alert other Facebook users of posts that suggest suicide but now, FB is partnering with the organisations that specialise in suicide, depression etc to offer help in real time to those who’ve been flagged out as being suicidal.

On the Facebook blog, the team states that they are going to help people who are expressing suicide through:

It is interesting that also not too long ago, Google introduced a service which allows users to test the severity of their depression whenever they search for anything depression related. All these services were first introduced in the United States in response to  studied which reveal how approximately 1 in every 5 people in the US has experienced at least one depression episode which then can result in suicide.

It’s always good when companies/startups evolve to address real problems, I mean that’s what innovation is all about right?

Anyway, do you think this is a viable solution? If not, how best can in be done?