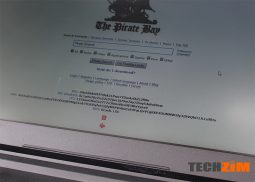 You might have heard that some hackers are hijacking computers (smartphones included) and using them to mine cryptocurrencies like Bitcoin secretly.

This has been termed cryptojacking and Opera has added ‘cryptocurrency mining protection’ to both its mobile browsers, Opera for Android and Opera Mini. This protection is active by default when a user has the ad blocker turned on. Opera joins other browsers in protecting users from malicious miners.

It will become clearer later on why we started with malicious cryptocurrency mining whilst discussing the advertisement model possibly being replaced by in-browser mining.

What exactly is cryptocurrency mining protection?

Cryptocurrency mining is the process of authenticating and legitimizing cryptocurrency transactions. Miners get financial rewards for that. Supercomputer levels of computational power are needed, especially to mine bitcoin and that’s where your computer comes into the mix. On its own, just your ordinary laptop is not sufficient to earn the miners anything meaningful and so they hack as many computers as they can.

It is the secret use of a computing device to mine cryptocurrency. In the past malicious miners had to get users to install software on their devices but the new in-browser cryptojacking method removes that need, making the hacker’s job easier. It is only cryptojacking when it’s done secretly, otherwise it is just in-browser mining.

Cryptojacking works well for the hacker because it does not require them to install some software onto your device. What the hackers only require is for you to visit an infected web page, the process starts working instantly in the background using Javascript.

When a device is being used secretly to mine it may run noticeably slower and heat up due to the increased load. Instead of working on just the processes you initiated, some processing power will be used for the mining. However it is not every time that it will be readily noticeable that there is some secret mining going on in the background.

Cryptojacking as an idea started out as a legitimate exercise meant to provide a new monetization alternative to advertising. The idea was that instead of showing ads to site visitors, they could be asked to give up some of their processing power instead. Or to supplement ads with cryptocurrency mining as revenue streams for websites.

A company called Coinhive developed a script that could mine a cryptocurrency called Monero once a web page was loaded. Copycats with sinister motives soon popped up and in no time even some popular websites like Showtime had been infected and were secretly mining on visitors’ devices.

Coinhive went back to the drawing board to address one of the concerns security experts had – the lack of the option to opt-in or opt-out. They released AuthedMine which they say enforces an explicit opt-in from the end user to run the miner. They say this cannot be circumvented. Note that this in no way means those other malicious implementations of the script are rendered obsolete by AuthedMine.

Pirate Bay, one of the best known torrent sites loved the idea so much they incorporated it right away. When they asked visitors to their site if they could get behind in-browser mining, most of those who responded said they would if it meant reduced ads.

Pirate Bay are not the only site incorporating in-browser mining. One example is the Clean Water Coin This initiative raises money through in-browser mining which they use to ‘bring clean water to families around the world.’

Will in-browser mining take off?

I don’t see it replacing the advertisement model at a large scale. If all sites adopted it, if one is to open multiple tabs as we all do, that would mean all those sites completely hogging all the CPU cycles on that computer. That would grind the computer to a halt.

Also to consider is the strain all that processing has on computer hardware. I doubt many would rather reduce the lifespan of their computers’ hardware to avoid seeing ads.

For the website proprietors there is also the issue of mining revenue falling in time. Bitcoin mining revenue for example halves every four years. As a long term strategy, in-browser mining cannot supplant the advertising model. That is considering we will still have cryptocurrencies to talk about in the long term. Many a financial expert say the crypto-bubble will pop any minute now.

Don’t get me wrong, I think in-browser mining has a place, it’s just not to meant to completely replace the ad revenue model.

What do you think though? As a consumer, would you rather give up some of your computer’s processing power if it meant you would see fewer ads? Let us know what you think in the comments below.